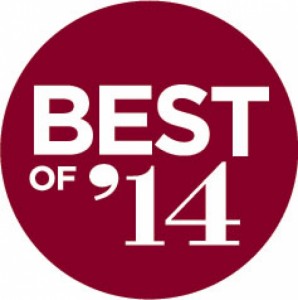 We had an amazing year. After reviewing the news of 2014, I was really inspired by how much happened in the local tech community this year! What follows is a long list but it’s only a fraction of all that happened or all that Santa Cruz Tech Beat published. Please join the conversation on Twitter or Facebook if you think anything is missing. Don’t miss the Editor’s Choice section at the bottom of this list. — Sara

Acorn App: From Santa Cruz to New York City and back again (Aug)

Cruzio rolls out the red carpet to celebrate 25 years (Nov)

A New Lookout for Looker (June)

SupplyShift Growing in All Directions (Dec)

We Are Tuul (Aug)

Behind the scenes: Why Unify Won Santa Cruz (Sep)

Here are my additional top selections simply because these feature articles/topics are community minded, well written, heartwarming, and/or fun. Enjoy!