Posted on May 21, 2020 by Sarah in Featured, Santa Cruz Tech Ecosystem, Video 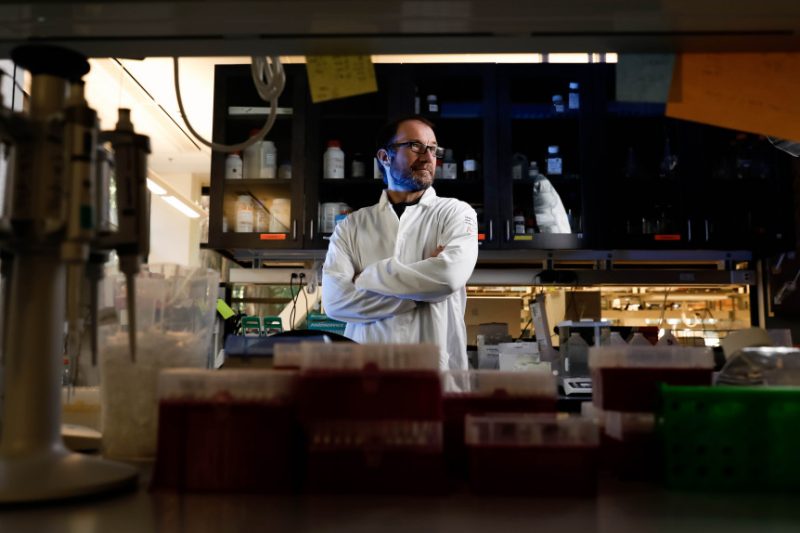 Cutting edge DNA technology led to a match and arrest in the Daralyn Johnson case. Boise State professor and director of the Idaho Innocence Project Greg Hampikian had a critical hand to play in the discovery.

Hampikian knows DNA; he’s been studying samples of it from suspects for years to assist canyon county detectives in the Daralyn Johnson case.

In February 1982, Daralyn went missing after walking to school in Nampa. Days later, 9-year-old Daralyn was found raped, assaulted, and drowned. Charles Fain was initially arrested for the crime and spent 18 years behind bars. The Idaho Innocence project worked to get him exonerated in 2001. Fain was initially pinned to the crime based on hair evidence.

Eventually, Fain’s lawyer was able to show the hairs didn’t match, exonerating Fain, but the case was still unsolved.

“We’re left with this problem, whose hair is it?” said Hampikian.

Greg had been testing various DNA samples related to the case in his lab since 2012.

‘I was hoping they might be able to help out with some cases we had here in Idaho,” said Hampikian, “the Angie Dodge murder that Chris Tapps was wrongfully convicted of, and Charles Fain’s case, were where I thought we might be able to use these techniques.”

He introduced Ed to the detectives, and Green’s new research led to David Allen Dalrymple, a DNA match.

“Ed Green was able to develop for the police, from these hairs, enough DNA information to know first it’s from a male, which his important information, and second of all to get enough information that it could be compared to genealogy information,” said Hampikian.