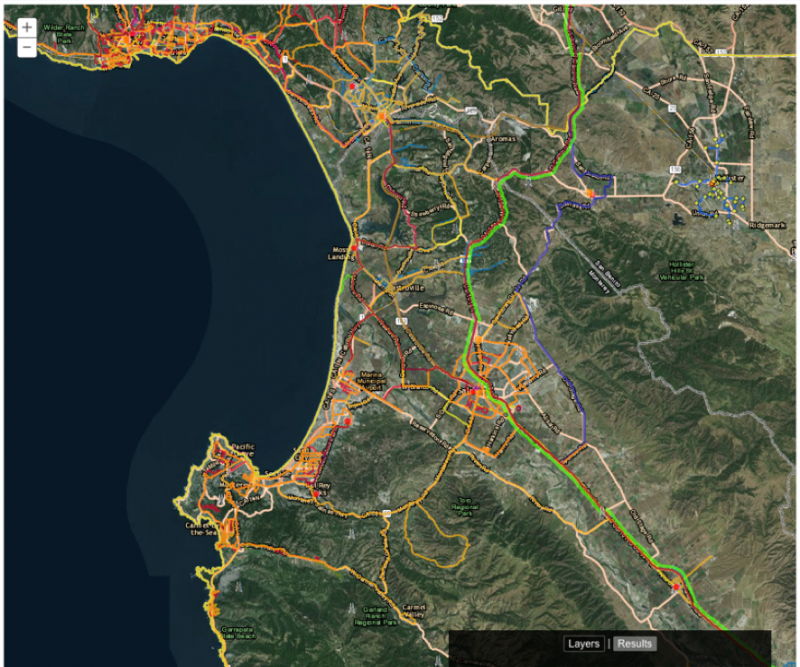 There’s one big similarity between water and broadband access on California’s central coast: there’s a lot of it close at hand but high cost and low quality make it nearly unusable. That’s how I set up a discussion about broadband at last week’s Monterey Bay Economic Partnership (MBEP) conference in Seaside.

The Central Coast Broadband Consortium has mapped hundreds of miles of fiber optic lines throughout the region. But most of it, like water in the Pacific Ocean, is too expensive for everyday use. It’s controlled by AT&T, Comcast and, to a lesser extent, Charter Communications, which are in the business of selling managed services – Internet access metered by the bit – and not the fundamental building blocks of broadband, like dark fiber strands.

There’s a project under way to connect Santa Cruz to Soledad with open access fiber, which Smith played a big role in bringing about. Friend is pushing broadband development reforms for the county. Both Dolgenos and Cricelli are building locally owned broadband infrastructure, in Santa Cruz and Monterey counties respectively, that’ll benefit from the new fiber backbone. And from the policies advocated by Friend – county and city governments across the region are looking at adopting their own versions.

Matching the wealth of broadband resources that Silicon Valley takes for granted is a difficult job. But it’s just difficult. Local broadband companies and advocates are doing it, and their enthusiastic reception by regional business and government leaders at the MBEP conference shows they’ll have plenty of help along the way.