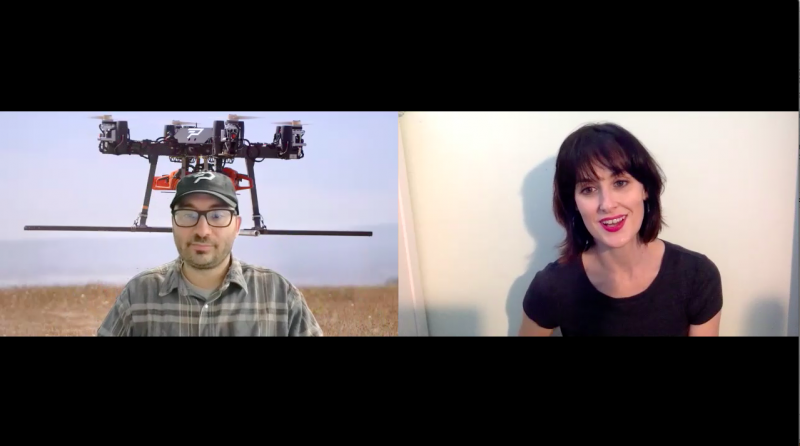 Heavy lifting drones could provide relief during the pandemic

Fresh from the final round of the Monterey Bay Startup Challenge, Josh Resnick of Parallel Fight Technologies (PFT) discussed pandemic pitch contests, drones, combatting fire season during a pandemic, and new funding opportunities in our Five in Five interview this week.

PFT’s current heavy lifting drone prototype is capable of lifting 50 lbs and they are developing one that can hold up to 100 lbs.

“The thing that’s unique about that is it can do it for hours, which is special,” said Josh. “A normal multirotor electric drone can only doing that for 12, 15 minutes.“

This type of strength and endurance can come in handy during pandemics and health emergencies in general.

“When you need to move things around rapidly, you really want to grease the wheels on that supply chain as much as possible,” said Josh. “In the future, heavy lift and rapid transit drones are going to be part of that. Unfortunately, that’s not the reality today and we are restrained by a lack of test kits, but I think in the future there are going to hundreds, if not thousands of startups, that are working on being able to deploy medical testing faster, and then logistics startups like ours that are going to provide the technology to just move anything around faster.”

PFT’s drones could be extremely beneficial for fighting wildfires during a pandemic, according to Josh.

“In the midst of a pandemic, when there may not be as many first responders available, putting autonomous solutions in the field to do some of that work is going to make it safer and more effective. So we see our technology being able to bring supplied to the front lines where the fire is being fought, to do controlled burns, to help make fire breaks to prevent oncoming fire, and then eventually even to put out spot fires.”