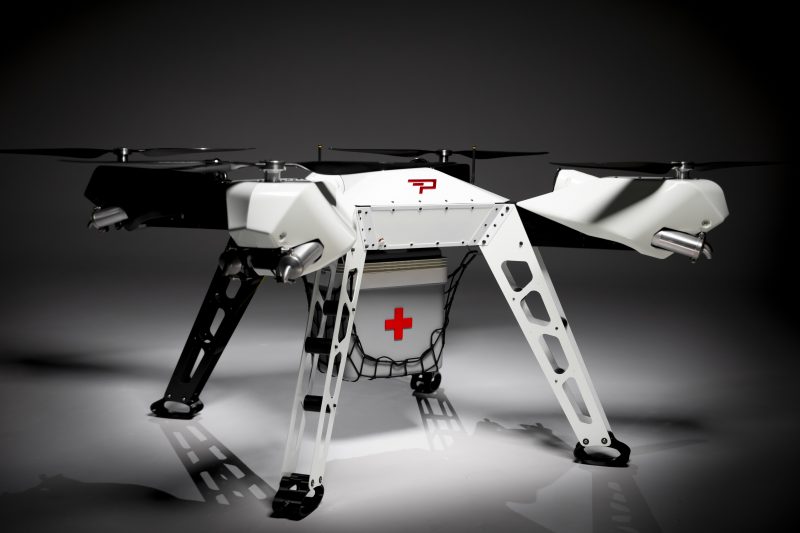 Parallel Flight Technologies (PFT), an industrial grade heavy-lift drone company, has been selected as an official partner of the Alaska Center for UAS Integration (ACUASI) at the University of Alaska Fairbanks, a Lead Participant in the FAA’s BEYOND program. This partnership will allow PFT to demonstrate missions for the BEYOND program, which is focused on advancing unmanned aircraft systems operations in the National Airspace System.

Parallel Flight Technologies was selected to partner with ACUASI because of the company’s advanced drone technology, which allows its unmanned aircraft to carry a 100-pound payload for over two hours, a solution that is 10 times better than existing solutions. PFT’s first commercial-intent drone is currently in the final stages of development at the company’s headquarters in California. PFT will be working with ACUASI on demonstration missions in Alaska later in the year, with focus areas of remote medical delivery, remote and industrial logistics, and ship-to-shore.

Parallel Flight Technologies’ drone features patent-pending parallel hybrid technology that has never been used before in a multirotor aircraft, resulting in a fully redundant UAS that combines extreme heavy lifting with long flight duration. While all-electric drones can only carry heavy loads for approximately 15 minutes, PFT’s drone will be able to carry a payload of 100 pounds for hours. This technology opens up new possibilities for a number of mission-critical applications across a variety of industries, including firefighting, industrial logistics and medical deliveries.

As part of the FAA’s BEYOND program, ACUASI will share key findings from the Alaska missions to provide the FAA with critical data to help advance UAS integration. The BEYOND program follows the FAA’s recently concluded UAS Integration Pilot Program (IPP), which ended in October 2020. BEYOND is designed to address the remaining challenges of UAS integration, including scaling Beyond Visual Line of Sight (BVLOS) operations, analyzing and quantifying the societal and economic benefits of UAS operations, and engaging the community to address concerns. The data provided by PFT through ACUASI will assist the FAA in developing performance-based standards, collecting and addressing community feedback, and streamlining the approval processes for UAS integration into the National Airspace System.

“We are honored to be selected as an official partner of ACUASI for the BEYOND program,” said Joshua Resnick, CEO of Parallel Flight Technologies. “The data collected and shared through this partnership will help to inform regulations and policies for unmanned systems in the national airspace, which is absolutely critical for the future of drone technology. We look forward to demonstrating our drone’s unique capabilities with the assistance of ACUASI and are proud to participate in a program that will advance the UAS industry.”

Parallel Flight Technologies will also leverage this partnership to further expand its markets and customer pipeline. PFT’s transformative technology can be applied across multiple logistics verticals, including real-time and complex healthcare logistics, tactical support for firefighters and first responders, and industrial logistics. By serving as an original equipment manufacturer and service provider, Parallel Flight Technologies is well-positioned to revolutionize drones as a service (DAAS) on a global scale.

About Parallel Flight Technologies
Parallel Flight Technologies is an industrial-grade drone company with a mission to deliver unmanned systems that save lives, property and the environment. Based La Selva Beach, California, the startup company has developed patent-pending drone technology that will allow drones to carry heavy payloads for over two hours, making it ideal for use in fighting wildfires, search and rescue, healthcare and other mission-critical logistics applications. To learn more, please visit www.parallelflight.com.