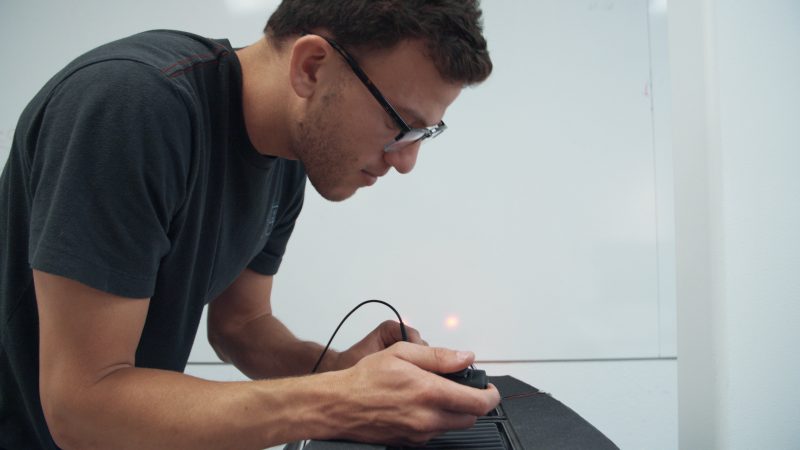 Meet Tony, our favorite electrical engineer and the final profile of our Behind The Flow series. A mind for mathematics and a childhood love of skateboarding make Tony and Inboard the perfect match!

Q: Did your engineering interest stem from a young age?

A: I know Theo and Patrick were tinkerers growing up, but I didn’t really even know what engineering was until I went to university. I was just naturally good at math in high school, and my brother is an engineer so it seemed like a sensible option. I wanted to be a music major or something along those lines, but it didn’t seem very practical, so I went to study electrical engineering at UC Santa Cruz.

Q: Where did you work before Inboard, and what made you excited to join the team?

A: I used to teach surf lessons in Santa Monica and had a couple random part-time jobs here and there. I was hired as a summer intern at Samsung to build a robot the year before I started at Inboard, but I consider Inboard to be my first “real” job after leaving school. I was excited that the people on the phone who interviewed me (Ryan and Theo) seemed fun, and that I was going to work on a skateboard – something I used for transportation almost every day growing up. One of the questions during my interview was “Do you kitesurf?”, and I’m not sure who started swearing first, but it was definitely the most relaxed job interview I’ve ever had. I was excited to work with athletes and build a product that was rippable.

Q: When did you join the Inboard team, and what was the mood at the time?

I was hired before I graduated from UCSC. They wanted me to start right away, but I ended up starting a week or so after graduation. The first few weeks after joining the team, we were still in that tiny garage in Burlingame. I would leave Santa Cruz early in the morning for an hour and a half commute, then get back home at about 11PM. Once we moved the office to Santa Cruz, I was working (along with most of the team) around 12 hour days, working weekends and holidays, for over a year. We built all the electronics in the remote and M1 from scratch, so there was A LOT to get done as fast as possible, with the weight of the company on our shoulders.