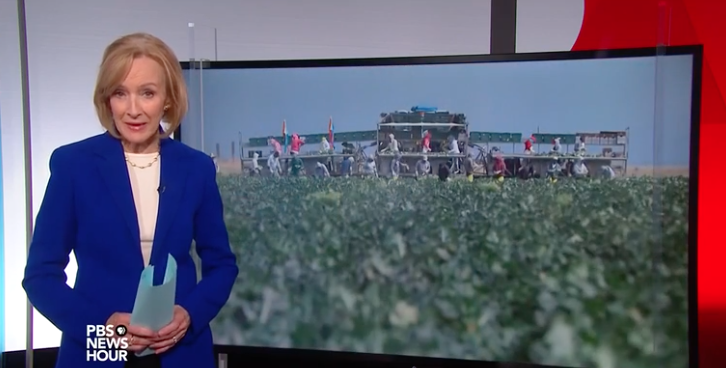 The story, by correspondent Cat Wise, describes the work of public and private partners to create an agtech ecosystem. The City believes the marriage of agricultural and technology will leverage the region’s existing strengths and global trends in a way likely to yield growth, well-paid jobs, and a healthier environment.

In California’s Salinas Valley, known as the “Salad Bowl of the World,” a push is underway to expand agriculture’s adoption of technology. The mobile app HeavyConnect, for example, enables farm managers to track personnel and equipment efficiently. Special correspondent Cat Wise reports on how such innovation is providing new opportunities for the Valley’s largely Hispanic population. — PBS News Hour

One of those using her past experiences in her new career is HeavyConnect’s Rivka Garcia. She was born and raised in Salinas, and worked in a produce processing plant, before graduating earlier year from the CSin3 program.

Garcia is now using all her skills, including coding, to help make the company’s app more intuitive for those who will be using it.

The full story can be watched on the web at http://to.pbs.org/2gZRFNU. A transcript can also be found there.