No doubt about it, Salinas is at forefront of AgTech industry

“Salinas morphs into one of the largest agtech confabs in the industry.”

“The #startup energy in @CityofSalinas is palpable! #ForbesAgTech is trending!”

“Salinas is proactively building itself into a global agtech hub”

“AgTech is in our strategic plan, it’s policy,” said Ray Corpuz, Salinas city manager. “We’re going to invest and be the catalyst for growing the AgTech Ecosystem.” 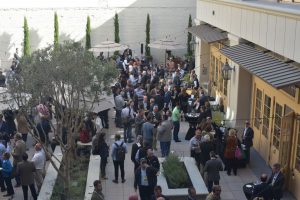 With headlines, newscasts, and social media comments broadcasting the action from the Forbes AgTech Summit in Salinas today and yesterday (July 13-14, 2016), here’s are some of the reports about this significant event. No doubt about it, this event nails Salinas at the forefront of the AgTech industry. Here’s a sample.

Zoom announces Poly as one of four providers of new Hardware as a Service program
#santacruztech ... See MoreSee Less