The Internet of Things can Prevent Forest Fires 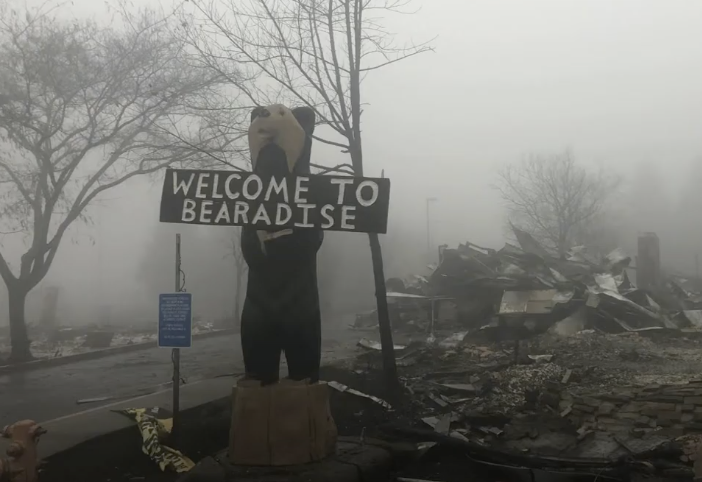 The Internet of Things (IoT) aims to interconnect our devices, and in the process “wake them up” with artificial intelligence.

If this sounds like a recipe for a Fantasia-like nuisance — your Tesla conspiring with your fridge to steer you toward the candy store or a toaster hijacking your Twitter account — all is not lost.

At UC Santa Cruz’s Baskin School of Engineering, students and professors are learning how to use the Internet of Things technology for good.

Andrea David, a Ph.D. student in the Computer Science and Engineering Department and her advisor, Professor Katia Obraczka, are using the technology to create the next generation of fire detection and prediction. This will be a wireless network of sensors that stretch through our forests, sensitive to minute changes in temperature, humidity, wind and other conditions that could signal a fire.

She calls it PANTHER (for the Persistent Autonomous Monitoring for Timely Detection of Wildfires). The way it works is similar to our nervous system. There are different levels of awareness.

At its most basic level, energy-efficient battery- and solar-powered sensors constantly scan for problems, the way our nerves are always on. We don’t notice unless there’s something that requires our attention.

These low level sensors send information wirelessly to intermediate nodes that can sift through the data they receive. When they hit a certain threshold (a sudden temperature spike, for example) these intermediate nodes turn cameras and other, more sophisticated sensors on and alert humans who can decide what to do. They might dispatch a drone to look more carefully at the area, dismiss it as a false alarm or send a fire suppression team racing into the redwoods.

PANTHER could rapidly increase our response time to forest fires and help scientists understand the conditions that create them.

David has been perfecting the technology in the lab. Her sensor nodes need to be able to duty-cycle (turn on and off) autonomously. Deciding when is a challenge because of the intricate balance between power efficiency and the need to gather data. Her solution was to have two modes of operation: a “normal mode” where each node checks-in every few minutes and a more sensitive “panic mode” which leaves the sensors on for a longer period of time to make sure nothing important is missed.

Power is also a big concern. Replacing batteries or damaged solar cells can be a huge headache on a complicated network — especially one that might not be easily accessible to human beings (on a sensor dangling 100 feet in the air from the limbs of a distant redwood, for example.)

The next step is to install a small test network in CAL FIRE’s Soquel State Demonstration Forest. The demonstration forest is one of eight operated by the state firefighting agency, intended to represent the most typical forest terrains found in California to allow firefighters to test theories and fire fighting techniques.

A real forest will bring entirely new and unexpected challenges. It’ll answer questions like: How will creatures react to the sensors; will the wireless connections stay true during a rainstorm and what will happen if a toddler takes off with a node…

Once they’ve tested the technology on a small scale, the hope is that forest agencies and fire departments all over the state will be able to use it.

The risk of mischief on the Internet of Things certainly remains.

David and Obraczka’s colleague Computer Science and Engineering Associate Professor Alvaro Cardenas works to secure Internet of Things and industrial computer networks from attack. Ultimately these networks are like any other cyber frontier. They bring a new level of awareness and create a space where people can observe and interact. It’s up to us to use these technologies for good.

David and Obraczka have been working on this system for years, but the project has taken on a new significance in the past couple of months.

One of their labmates lost his home in the recent fires. He escaped in the knick of time, calling Obraczka in the middle of the night from a UCSC parking lot where he was taking shelter to let her know he’d saved his laptop with all of their experimental data on it.