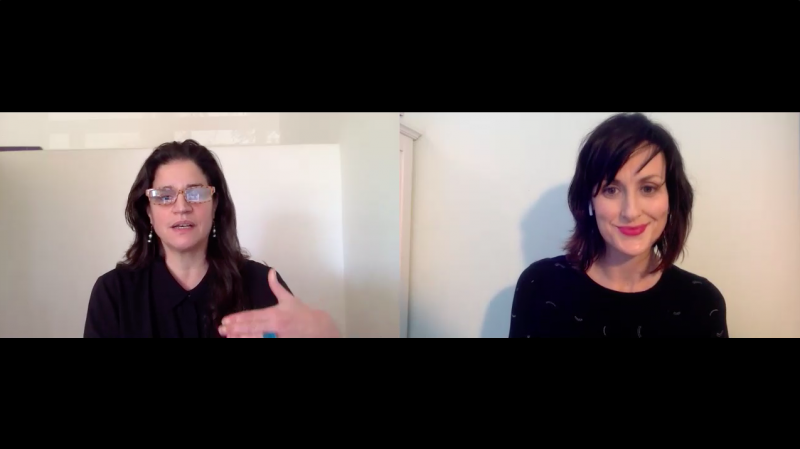 “Originally our business model was to get specifically sellers, regular people like you and I to sell their stuff,” she said. “With our app, you just snap a few pictures—that’s it, no typing—we create the entire listing for you, including pricing, shipping everything, and send it back to you. When you click post, it posts to the marketplace of your choice.”

According to Suzanne, the secondhand economy continues to thrive in the midst of the pandemic.

“Historically, the secondhand ecosystem does very well during a recession. It makes perfect sense, people lose their jobs, they try to generate cash,” she said. “This recession has an extra twist, which is people are stuck at home, so it’s even harder to go out and try and get other jobs.”

As storefronts across Santa Cruz shut down to comply with shelter in place, Suzanne and her team decided to shift to help local businesses keep afloat in the pandemic by getting their sales online.

“We’re doing a but of a pivot here because of the pandemic,” she said. “The problem is that stores are losing money, some of them don’t have an online presence. the idea of creating a store is overwhelming.”

So how will the pandemic change the circular economy in the long term?

“It’s making people realize that they don’t need as much stuff, which is important, and it’s also making them thing about recycling and reusing and how do I generate cash and not just throw away things. It’s almost like nature is saying stop your guys, let’s take a break and reassess what’s going on here.”