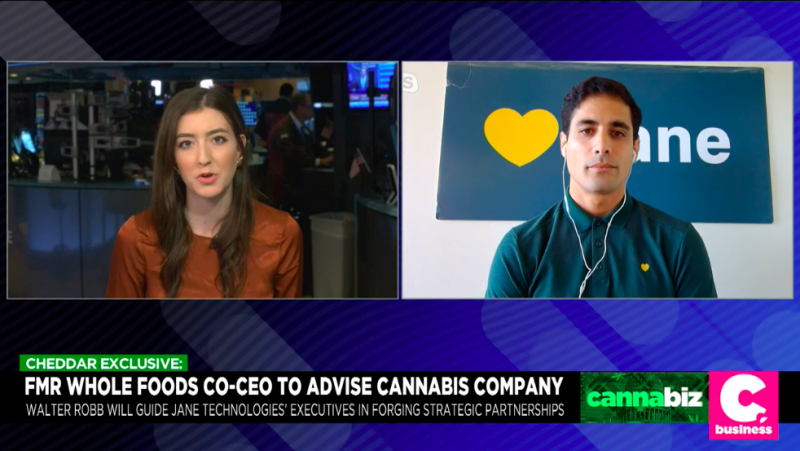 The natural foods industry veteran will serve as retail advisor to e-commerce company Jane Technologies, bringing with him decades of experience in natural and organic foods — an industry he says felt similar in its early days to the cannabis industry now.

“The natural food business … at the beginning it was very small — just a few players on the fringe. It took a long time to gain acceptance to get the mainstream shopper. And now natural and organic foods, everybody’s talking about them,” Robb said. “It’s a parallel with [the cannabis industry] that’s [in its] early days. It’s finding its way.”

In his role as retail advisor, Robb will guide Jane Technologies’ executives in forging strategic partnerships, crafting data-driven e-commerce solutions, and scaling their online cannabis marketplace iheartjane.com or I Heart Jane. Jane Technologies co-founder and CEO Socrates Rosenfeld said he’s grateful to have someone to turn to with strategic, big picture questions, and who has a tremendous track record with e-commerce, technology, and fostering a healthy company culture.

Jane Technologies was born of Rosenfeld’s own less than ideal experiences shopping for cannabis. A veteran of the U.S. Army, Rosenfeld began using medical cannabis but was forced first to turn to the illicit market in his home state of Massachusetts and ultimately to dispensaries once he relocated to California. As a medical marijuana patient living in cutting edge Silicon Valley, Rosenfeld found it frustrating that the cannabis shopping experience was so outdated. He created Jane Technologies and I Heart Jane to give cannabis shoppers the same kind of purchasing power available to shoppers in the market for virtually anything else.

Hilary Bryant: Supporting Your Generosity – Why I am Moving from Tech to Philanthropy - Santa Cruz Tech Beat