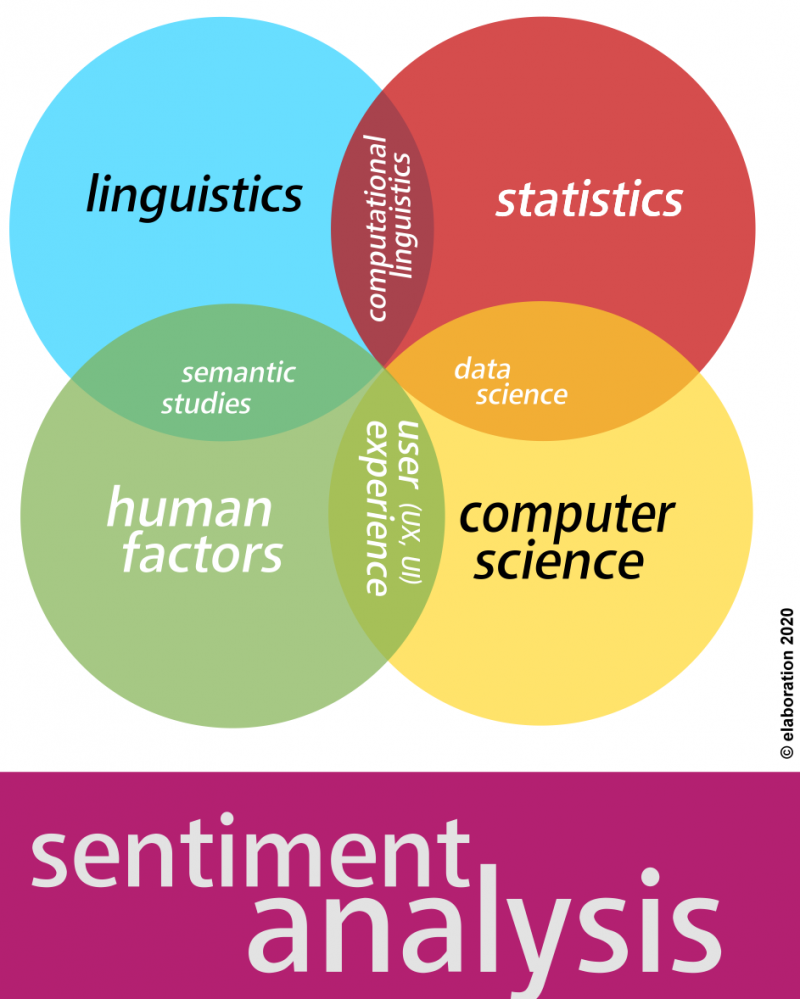 Elaboration’s technology will provide other tech companies with the ability to deeply understand nuanced emotion.

New startup: What is Elaboration?

“It’s really the Venn diagram of linguistics, statistics, human factors and computer science,” said Joy MacKay, Founder. “All of these aspects are equally important when working with machines on understanding human emotion in the words we use.”

MacKay’s background had always involved a hybrid of language and technology. A self-taught programmer since middle school, she went on to found her first company during her freshman year at UC Davis, where she majored in English with a Creative Writing emphasis and spent 3 ½ years studying Ancient Greek.

After graduating Davis, MacKay forged a career in technology, alternating large-scale analytical Content direction and her own language-tech ventures.

She would form Elaboration in 2013, driven by her curiosity and passion for understanding emotion.

“Emotion has fascinated me since I was a little girl,” MacKay said. “After my dad died, I spent some time reflecting on what I’d really like to do — I thought back on times I’d worked with emotion, and thought, ‘If I could do that for a living, I’d be so happy.’”

That exploration would lead her to pursue education in linguistics, earning her the opportunity for graduate studies in 2016, including a scholarship. While she struggled with grad school decisions, a mentor recommended she speak with Tony Davis, a lecturer and researcher who had just completed a long stay at Georgetown University. The two found an easy rapport.

Later in the year, she would reconnect with Deo Ferrer, a college friend from her UC Davis days. Ferrer was exploring ways to add a tech edge to his human development background. When Ferrer consulted on a particularly thoughtful brand analysis, his expertise in developmental psychology and environmental design became apparent.

“There was a moment of mutual recognition,” said MacKay. “It was apparent to us that we were speaking the same language of empathy and perception.”

Santa Cruz felt like the natural center for a company centered around emotion. “Some of my favorite memories of childhood were in the ocean at Main Beach, or on a rope swing in the redwoods,” MacKay said. Ferrer’s family was also nearby in the Monterey Bay, and all three happened to share a background with the University of California. Joining forces with the Startup Sandbox, Santa Cruz’s UC-affiliated incubator, was a natural fit.

“To do something different, you have to be in an atmosphere that isn’t bogged down by status quo,“ said Ferrer, “Santa Cruz has always had a reputation for new thought.”

Elaboration’s technology will provide other tech companies with the ability to deeply understand nuanced emotion. Driven by empirical data analysis, Elaboration sees its mission as “quantifying the fuzzier parts of the human experience.”

While the real-world possibilities are endless, they hope their core technology will be used for good, to improve well-being, relationships, and machine-human interactions.

Elaboration’s technology can also be leveraged to help create “friendly AI,” as artificial intelligence researchers discuss the potential dangers of robot-driven society, and as candidates like Andrew Yang begin to discuss the ramifications of a high-tech world on humans.

In addition to its API slated for use in 2020, Elaboration offers custom-built solutions for emotional linguistic tracking. The company recently rolled out consulting lines, with 20 products in all, emphasizing the nonprofits, creative and political sectors.

Ultimately, Elaboration hopes to see the individual empowered by high-EQ technology. In an age of the Quantified Self, understanding your emotions — and those belonging to those around you — represents the foundation to self-growth and stronger relationships.

Similarly, companies have relied on classification of language into broad categories until now. “This field spent a long time sorting emotion into divisions of ‘positive,’ ‘negative,’ and ‘neutral,’” recalls MacKay. “We’re trying to recapture the emotional core of human expression.”

Today’s emphasis on Big Data complicates matters: there’s more data to pull from, but parsing millions of lines of data in rapid flow can be difficult. Elaboration seeks to follow the nuance of a face-to-face conversation in the vast datasets of rapid communication.

“We’ve all been involved in customer interactions that went awry because of misunderstandings,” explained Davis. “These are based not so much on factual disagreements — as on misreading the other party’s feelings.”

“As customer interaction becomes increasingly divorced from face-to-face conversation — and more and more enabled by supposedly intelligent chatbots,” he continued. “It’s essential to keep the affective side of customer experience in mind.”