Why This Scientist Keeps Receiving Packages of Serial Killers’ Hair 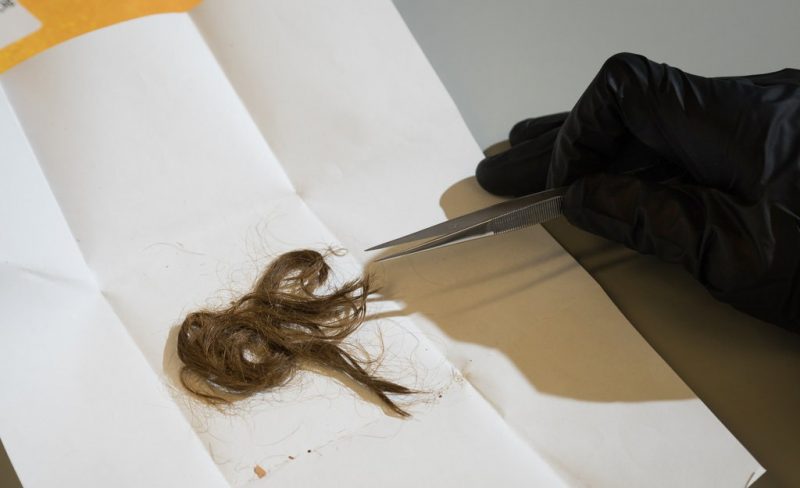 (Photo above: A UCSC lab technician examining a hair sample collected from a woman found in a barrel in a state park in New Hampshire. Credit: James Tensuan/The New York Times)

Getting sufficient DNA out of a rootless hair has long been considered impossible. A scientist, better known for work with ancient fossils, has figured it out. It’s a game-changer for crime and surveillance.

Those fortunate enough to have a head of hair generally leave 50 to 100 strands behind on any given day. Those hairs are hardy, capable of withstanding years or even centuries of rain, heat and wind.

The trouble for detectives, or anyone else seeking to figure out whom a strand of hair belonged to, is that unless it contains a root, which only a tiny percentage do, it’s about as helpful as a nearby rock.

These limitations emerge at trials, where forensic scientists have to explain to juries why, contrary to what’s seen on TV, they can’t get sufficient DNA out of a hair plucked from a sweater, and when amateur family historians stumble upon a deceased relative’s hairbrush. Without a root, labs will tell them, there’s no hope of generating a DNA profile for a genealogy site.

Until now. Ed Green, a paleogeneticist at the University of California, Santa Cruz known in the scientific community for his work on the Neanderthal genome, has developed a technique that makes it possible to recover and sequence DNA from hair without the root.

And over the past 18 months, he has been quietly cooperating with several law enforcement agencies, using this method to extract genetic profiles from the hairs of killers and victims in long unsolved crimes.