Posted on May 28, 2019 by Sara Isenberg in Companies, Featured, Santa Cruz Tech Ecosystem 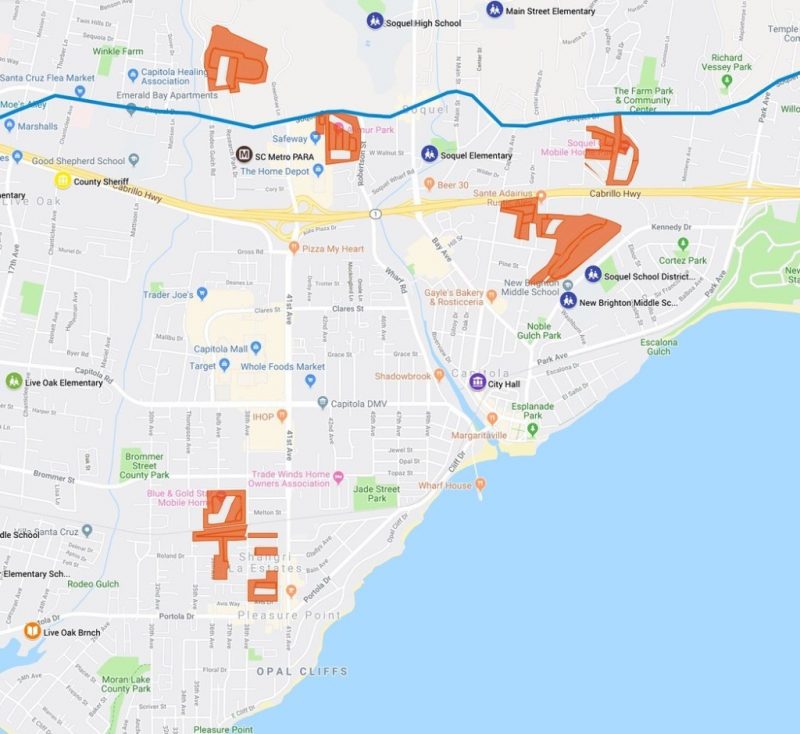 Everyone in our community should have equal access to high-speed, affordable internet. This has been Cruzio’s goal throughout our history, and it’s why we’ve been constructing our own fiber network, Santa Cruz Fiber.

Following our success building in downtown Santa Cruz, there is potential for a new project in mid-County. We’re calling it Equal Access Santa Cruz. Financing for the project would come from a state grant,  for which Cruzio recently applied.

This project fits the grant’s purpose to a T; improving internet access in areas which aren’t well served. We have support from Congressman Jimmy Panetta; State Assembly Member Mark Stone; County Supervisors Zach Friend and John Leopold (in whose districts the project lies); the County Office of Education; and many others.

Here’s a description of the project

Working people in Santa Cruz are sometimes situated in islands where housing is more affordable but internet is not.

Our county in general is considered prosperous, but there is a lack of internet access in working class neighborhoods that’s known to many of us and indicated on recent availability maps from the CPUC. The map is a good start because it means that CASF funds are available from the State of California to help finance improvements to internet connectivity in these areas. Specifically, we are looking at several mobile home parks in the Aptos/Capitola area.

Cruzio proposes to apply for the CASF grants to serve their residents with low-cost, state-of-the-art speeds of fiber internet: gigabit-per-second internet for about $50 per month, lower for income-qualified households. That rivals the best internet offered in the USA.

The project would make use of the Sunesys fiber installed with state funds in 2014. It involves expanding Cruzio’s existing fiberoptic network into these mobile home parks with underground construction. The areas we’re proposing to connect are marked in red in the map above.

Cruzio’s Santa Cruz Fiber networks are robust and long-lasting — fiber optic cables can be used to provide not only what’s considered high speed internet today but can be used with more advanced technologies to provide hundreds or even thousands of times as much bandwidth in the future.

Cruzio has already built a similar mobile home park network in downtown Santa Cruz. It’s a great success: El Rio is the best-connected mobile home park in the country, and our story has attracted nationwide attention. We think proceeding further with the same type of project into different parts of the county will kickstart further expansions into other unserved neighborhoods.

A map of other “underserved” areas is below. These maps are notoriously inaccurate, and one of our challenges is to find out what areas of the county are actually in most need of internet — and then to do our best to extend great internet to those areas. Check the map: is your neighborhood represented accurately?

Now that we are experienced fiber network builders, the only thing slowing us down is funding. So the possibility of a grant would go a long way to getting reliable, low cost gigabit internet to all of Santa Cruz County, which is always our goal.

What really helped us get our previous projects going — whether all-fiber or fiber-backed — was enthusiasm from neighbors. We asked for “fiber champions” to come in and talk to us about their neighborhoods and they definitely contributed to our decisions. We know there are other parts of our city and county that want us to build — to provide competition, which lowers prices and improves service. We’re eager to get it done.

Your voices will help if we get to the next stage of the grant application. If you need better internet, please let us — and your elected officials — know where you are! 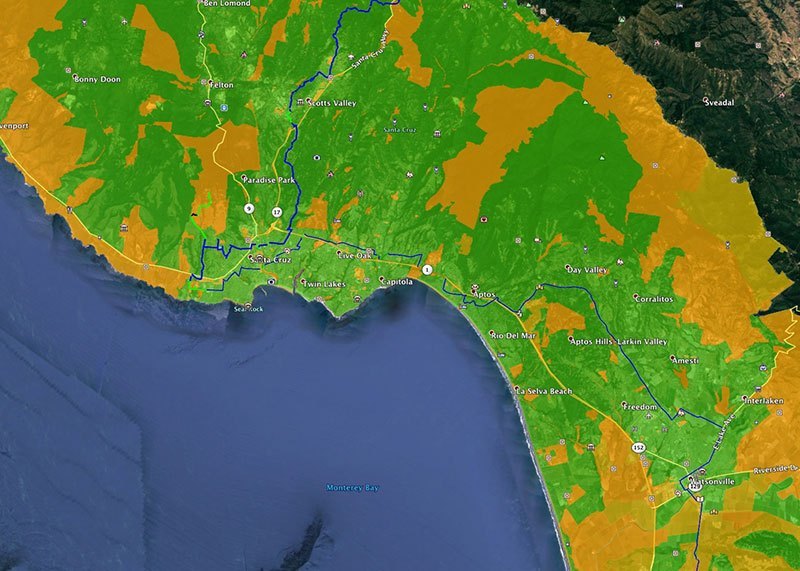