July 12th is the day we battle for the internet 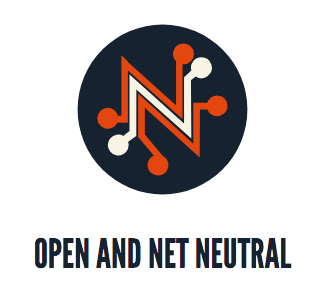 What do Netflix, Mozilla and Cruzio have in common?

If you guessed “all have ties to Santa Cruz,” you’re partly right.* But the more relevant answer today is: we all support Net Neutrality.  And along with Google, Amazon, Reddit, Dropbox, and countless other companies who rely on an open internet, we’re all encouraging you to show support, too.

If you’re familiar with the issue, you’re thinking: We’ve talked about Net Neutrality for years. Now it’s being seriously threatened. Public input has been effective in the past. This time, what can we do?

Here are some quick answers:

This video briefly explains what will happen if the new FCC has its way, and abolishes Net Neutrality rules put in place under President Obama:

Net Neutrality basically prevents the*Founders of Netflix, Mozilla and Cruzio all included Santa Cruz residents. giant phone and cable companies which control most of the internet from favoring content from their own divisions or corporate partners.  For example, if a cable company owns a news program, will I be able to watch rival news over that company’s internet?