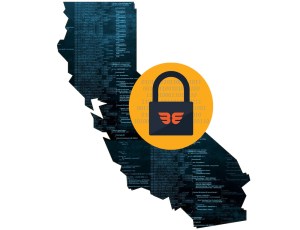 [March 29, 2017: Update 1 from Cruzio: CEO and founder, Peggy Dolgenos says: “Cruzio and Santa Cruz Fiber are proud to say we’ve continued our strong stand for internet privacy, especially in light of the actions Congress just took weakening consumer rights. We’ve always been against the collection and selling of customer data — a practice we do not participate in. Whether it is legal or not, Cruzio will not sell personal information. We never have, and we never will. Yesterday we took it a step further and signed on with the Electronic Freedom Foundation’s list of independent ISPs across the nation opposing Congress’s repeal of privacy protections.”]

[March 29, 2017: Update 2 from Cruzio: The Battle for Online Privacy Has Shifted to the States–And That’s a Good Thing.]

Last week, the U.S. Senate has voted to allow internet service providers to access “sensitive information” such as your browsing history and location data. This bill is now headed to the House of Representatives. If this passes a House vote on Tuesday and gets signed into law by the President, internet service providers won’t have to ask your permission before selling your information to other companies.

Over the last few days, a lot of people have asked Cruzio and Santa Cruz Fiber if we’ll be taking advantage of this new law to mine and sell our customer’s data. We want to put those concerns to rest right here, right now: in our 28 years as an independent ISP we have never taken part in these practices, and you can be sure that we never will. Period.

“We’ve never seen our customers’ data as a potential source of profit, and we don’t think it ever should be.” said Cruzio CEO and founder, Peggy Dolgenos. “As a matter of fact, Cruzio has joined more than a dozen independent ISPs from across the country in speaking out against the new law. Large ISPs, like cable and phone companies, are conspicuously absent. They are the ones who pushed Congress to repeal privacy provisions.”

Tuesday’s vote will shape the future of privacy on the internet, and Cruzio is taking a stand against it. Rest assured, though, that however the vote goes, our customer’s privacy will always come first.

About Cruzio Internet/Santa Cruz Fiber
Founded in 1989, Cruzio is one of the largest independent internet service providers in California, and has recently introduced previously unavailable enterprise-level internet services to Santa Cruz County, representing a huge investment in the Santa Cruz community.