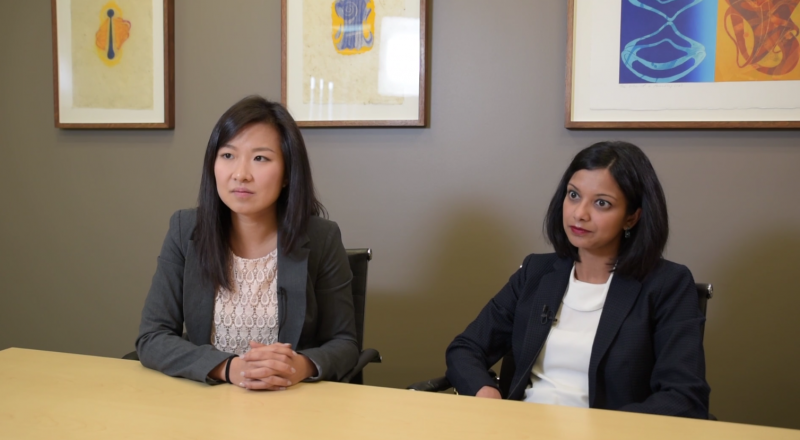 (Photo above: Diane Wu and Poornima Parameswaran, co-founders of Trace Genomics, a comprehensive microbial evaluation for soil health and disease management to prevent losses in yield and profit due to soil borne diseases. Source: Chris Schodt)

[Note: Last week we published Minority Women Entrepreneurs Share Stories in “From Farms to Incubators.”  Now (below) you can watch the documentary, produced by Amy Wu and videographer Chris Schodt of Berkeley, that premiered at the 2/16/17 event in Salinas at the Western Growers’ Center for Innovation & Technology.]

The Salinas Californian has published a three-part series, “From Farms to Incubators,” by reporter Amy Wu, that sheds a light on a growing phenomenon in the male-dominated agriculture industry: minority female agtech entrepreneurs.

Incubator to Farm: Minority Women Working in Agtech from Chris Schodt on Vimeo.

Agtech is a growing specialty driven by a quest for operational efficiencies in an industry suffering a reduced work force. It is particularly strong in the Salinas Valley. Salinas is attempting to recreate itself as an Agtech hub and Amy discovered that a few emerging stars in this endeavor are young minority women. The resulting series was made possible by a grant from the International Center For Journalists. Amy is one of six national finalists in an ICFJ contest for the best story project about women entrepreneurs. Hers is the only one that focuses on Ag. The series focuses on Salinas Valley but can shed an important light on the ag industry throughout the country and on minority entrepreneurs, on female entrepreneurs and, of course, minority female entrepreneurs.