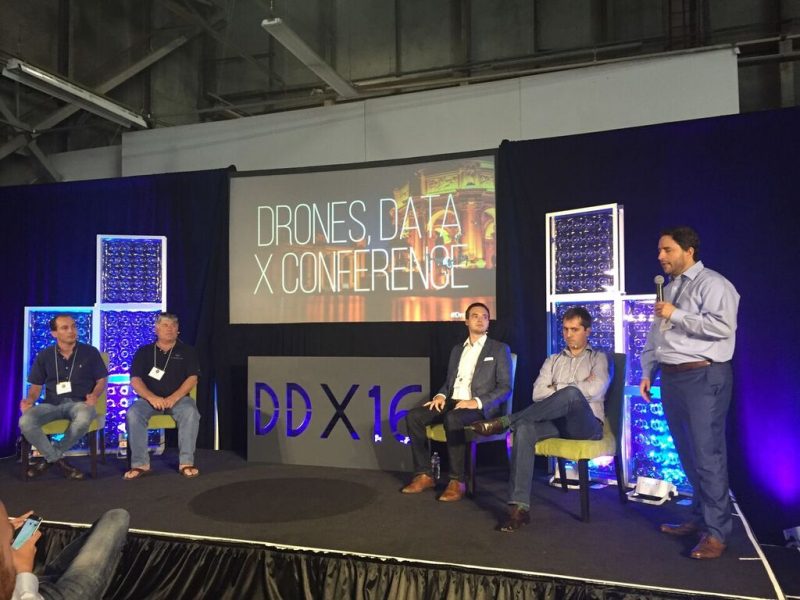 (Photo above: Dozens of drone industry insiders spoke June 3 at the Drones, Data X conference at the Palace of Fine Arts in San Francisco. The conference was founded by Santa Cruz resident Philip McNamara. The event was headquartered in Santa Cruz in 2015. Pictured here, the session on “Drones and Big Data.”) 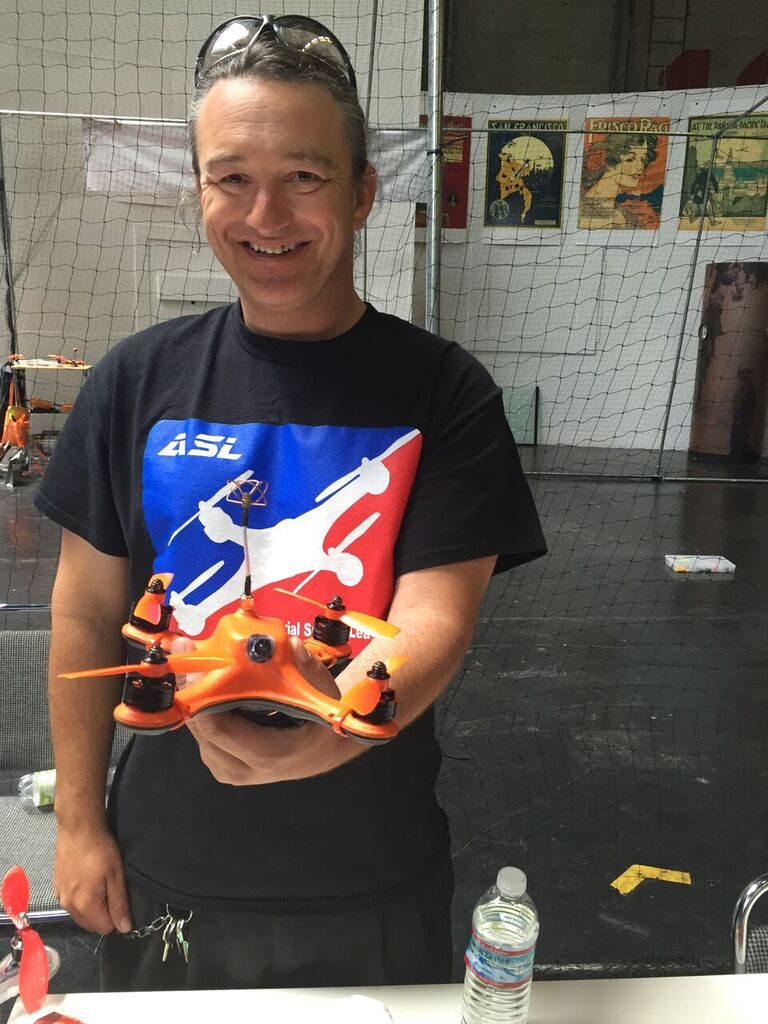 Reiner Von Weber, Technical Director for the Aerial Sports League, displays a drone that is used in drone racing. The sport of drone racing has become one of the primary factors driving the surge in demand for consumer drones, according to TechNewsWorld. This style of sport drone is sturdier than others than others that are used for aerial photography.

The biggest buzz at the Drones, Data X conference June 3 in San Francisco was not the drone flying demo area. Instead, it was the enthusiasm of more than 500 visitors talking about UAVs, unmanned aerial vehicles piloted by remote control or onboard computers. The daylong conference included speakers from 3D Robotics, DroneDeploy, Qualcomm, Google X and DJI and an expo with more than 30 companies.

The new location, in the Palace of Fine Arts hangar, provided easier access for international visitors, plus another bonus.

“We are closer to the investors and the Silicon Valley community,” noted McNamara, a native of Ireland who married a longtime Santa Cruz woman. Plus, “Last year, we had more drone racing participants; this year we had a bigger turnout of businesses and companies.”

One thing that hasn’t changed: Directly after the conference, there is a VIP weekend held in Santa Cruz, where a select group gets to experience the best of Santa Cruz, including guided mountain biking, hiking and kite surfing excursions, followed by wining and dining. 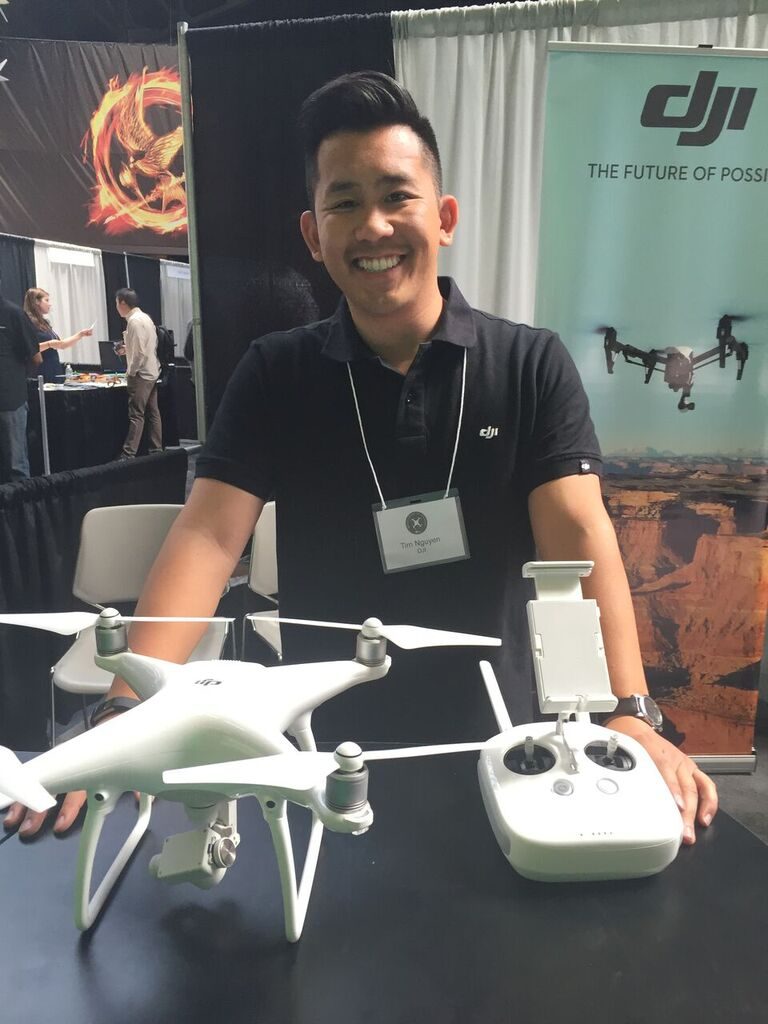 As the market leader in easy-to-fly drones and aerial photography systems, DJI quadcopters are the standard in consumer drone technology. Tim Nguyen of DJI showcased a Phantom model.

“We have 55 people here in Santa Cruz and they are all a mix of investors, founders of companies, and CEOs,” said McNamara. “Many of the companies here would never visit Santa Cruz. They are able to experience the beauty and amazing location that you have in Santa Cruz, which may result in future investments in the city.”

What are his plans for Drones, Data X for next year? McNamara concluded: “We want to keep going to the conference then bring the VIP weekend back to Santa Cruz every year. We love it here.” 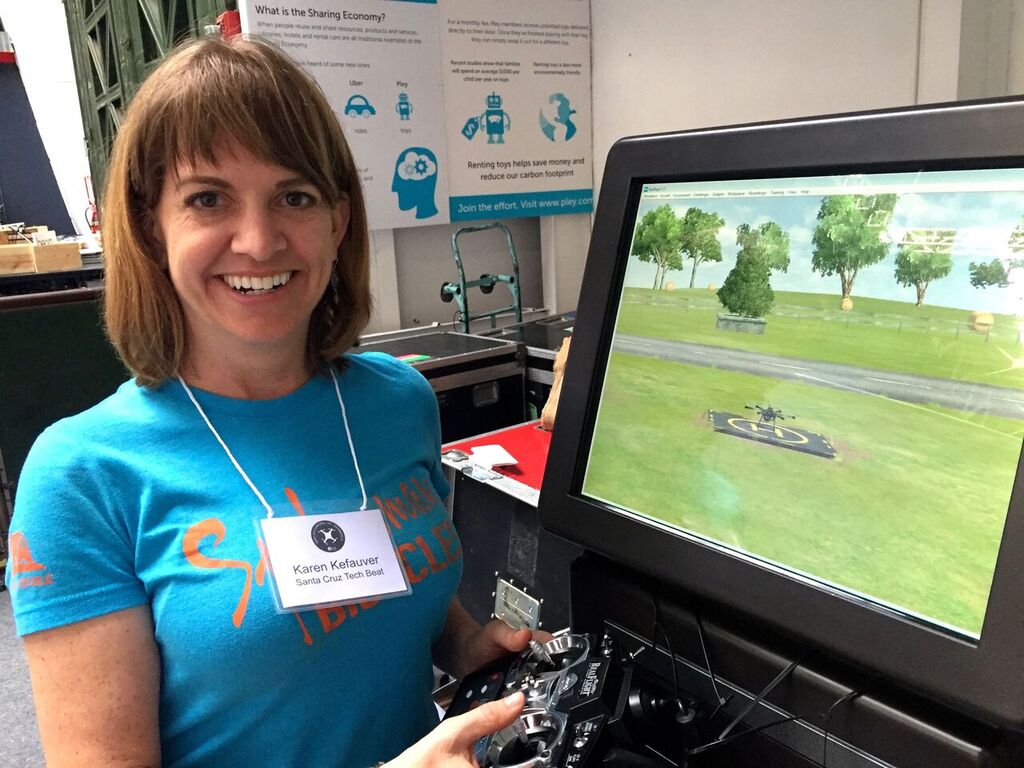 Freelance journalist Karen Kefauver of Santa Cruz learned that the safest way to start flying drones is to use a simulator, which allows the pilot to choose the right level of challenge, from beginning to advanced. It’s a lot cheaper to crash a virtual drone!

Karen Kefauver is a freelance journalist who writes about tech, business, sports and travel. Visit: http://www.karenkefauver.com