Posted on May 19, 2016 by Sara Isenberg in Companies, Featured, Santa Cruz Tech Ecosystem 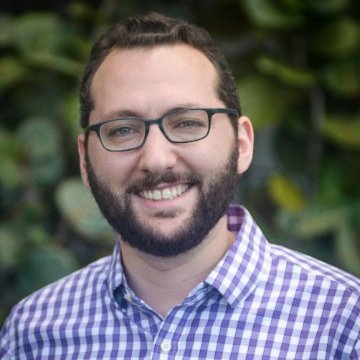 Daniel Mintz, new Chief Data Evangelist at Looker, joined the company in March. But, he says, he chose Looker three years ago when he was just starting as Upworthy’s Director of Business Intelligence and was figuring out what Upworthy’s data infrastructure should look like.

Mintz is an informative and entertaining writer. Rather than paraphrase, I’d like to share three revealing articles by and about Mintz.

Mintz starts: Last month, I started as Looker’s Chief Data Evangelist. But I chose Looker three years ago, when I was just starting as Upworthy’s Director of Business Intelligence and was working out what our data infrastructure should look like.

We knew we wanted to join data from our publishing platform with data about the visitors to our site, and might want to integrate 3rd-party data as well. So we looked at the standard solutions for publishers, as well as some other vertically-integrated analytics providers—ready-made solutions that capture, store, and present your data to you.

Daniel Mintz is the Chief Data Evangelist at Looker. Previously, he was Head of Data & Analytics at fast-growing media startup Upworthy and before that he was Director of Analytics at political powerhouse MoveOn.org. Throughout his career, Daniel has focused on how people interact with data in their everyday lives and how they can use it to get better at what they do.

The interview starts: Why and how is the role of Chief Data Evangelist important to helping companies drive innovation and change in their organizations?

Mintz: I think that in the coming years, you’re going to see more and more companies with someone evangelizing for the smart use of data and analytics. That’s because data-informed decision-making is a remarkably powerful way to improve your business, but it’s one that requires very different ways of working. And so it makes sense to have an evangelist who can jumpstart teams–show them the benefits quickly and get them over the initial friction that comes with new processes.

One of the trickiest things about being human is that you only get to see the world from one perspective. This is relevant not just for the reasons that philosophers love to ponder, but also because it makes putting yourself in someone else’s shoes really hard.

And it’s not getting easier. As we’ve gained tools to reach larger and more diverse audiences, putting yourself in their shoes has simultaneously gotten much harder and much more critical.

After all, if you’re only fashioning tools for members of your village, you understand intuitively how they’ll be used. But when your potential audience is global—living in contexts and locations you can’t even dream of—you’re far from an average user.

And yet, while potential audiences are growing, the world each of us inhabits online has only shrunk, thanks to what my friend Eli Pariser calls the filter bubble.

When I was writing emails for MoveOn.org, it was easy to assume our 7 million members were following every legislative development as closely as I was. Except that was, of course, nuts, since following politics was my job, not theirs. They had their own lives to attend to.