What’s So Big About a Gig? A Bold Vision for a 21st Century Santa Cruz 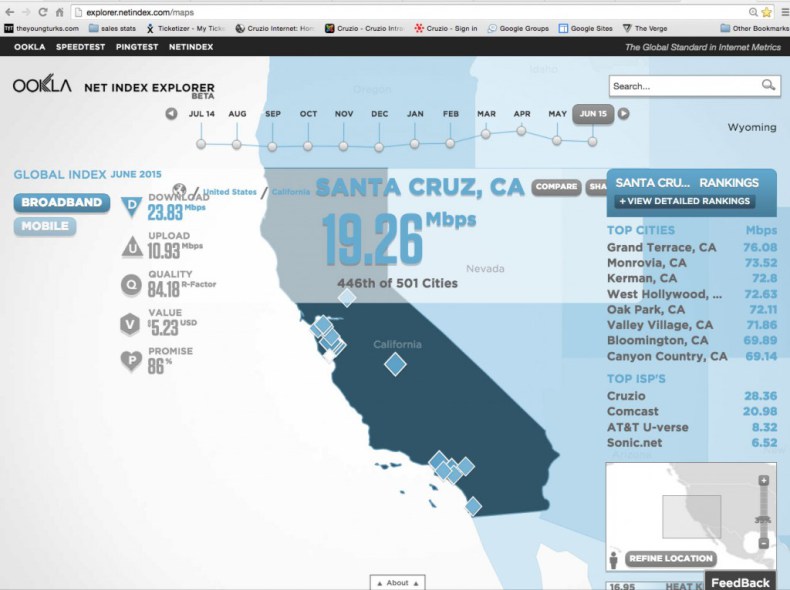 With encouragement from our community, Cruzio Internet and the City of Santa Cruz have formed a public-private partnership to develop a city-wide Gigabit fiber to the premise network.

Under the terms of the partnership, the City will own the network, and Cruzio will act as the developer during engineering and construction and as the operator when the network is complete. Financing for the development of the network will be through City-backed municipal revenue bonds, repaid through the revenue from the sale of network services (and not by the taxpayers). The project will be financially self-sustaining and 100% of the profit generated will stay in the City of Santa Cruz.

The goal of the network is to provide affordable gigabit and multigigabit services to as many of the 22,000 residences and business in the City of Santa Cruz as possible. A locally-owned, next-generation broadband network operated openly and independently and built for Santa Cruz, it is uniquely tailored to fit the diverse needs of the Santa Cruz community.

How did this plan come about?

For most of our 25-year history, Cruzio has leased copper phone lines to carry Internet to homes and businesses, paying millions of dollars per year to non-local companies for increasingly inadequate infrastructure.

When a single fiber cut in 2009 left most of Santa Cruz without telecommunications for a full working day, Cruzio immediately began to build an independent, local, fiber/wireless network.

But growth has been piecemeal, and Cruzio was dissatisfied by the limitations of a standard business plan. So we approached the City of Santa Cruz with the idea of serving the whole city, not just the easiest areas. Building big would provide economies of scale, making it possible to reach places otherwise unaffordable. For example, extending fiber to the Boardwalk area might make it economical to reach Beach Flats. But Cruzio could not do this alone.

So Cruzio went to the City 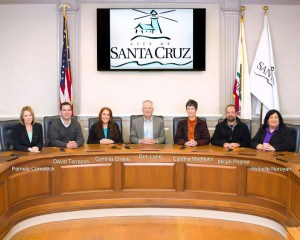 At about the same time, the City of Santa Cruz was starting to move forward with recommendations from a 2011 technology task force to develop a Broadband Master Plan (presented to City Council on March 10, 2015).

As construction of our downtown and Westside fiber projects progressed in early 2015, so too did our conversations evolve into an exploration of how to build a gigabit fiber optic network to every parcel in the City.

We worked with the City on a rough design and financial model based on comparable networks in other US cities to get an idea of ballpark costs and see if it made sense to explore further. The City then engaged an Internet network engineering firm to do a high level design for a fiber optic network, and to report on the financial feasibility of such a network.

Over the summer, Cruzio will be surveying the residents and businesses of the City of Santa Cruz, and if the results are favorable, the engineering and construction will begin!

What’s So Big About a Gig?

A gigabit capable digital network means you can move billions of bits of data per second from one place to another. Bits 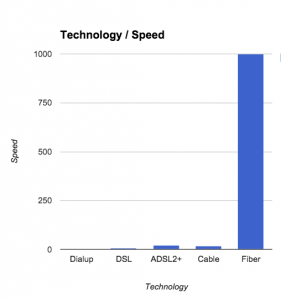 are the ones and zeros, the traffic, being transported over a digital network. Imagine a highway billions of lanes wide.

Most existing telephone or cable company data networks provide megabit service, which measures in the millions of bits per second.

So a gigabit network is 100X or more faster than the Internet service you are connected to today. That’s important, even more so as phone, entertainment and news content are migrating to the Net. Not just increased use, but higher quality requires bandwidth.

But Gigabit Internet isn’t just about smoother streaming of movies and TV. This new broadband infrastructure will fuel economic growth, fill empty real estate and take cars off the road by enabling home businesses and telecommuting. Schools, Libraries and Medical facilities will take advantage of the infinitely faster speeds to connect students to teachers, connect communities and transfer medical CAT and MRI scans and genomic data.

There is also the advent of the so-called Internet of Things. While it is true that thermostats and lamps and refrigerators and washers and dryers will be transmitting much smaller packets of data, they will be doing it frequently, and there will be a vast number of “things” connected to this Internet of Things.

In many ways, a fiber optic network is “future proof.” 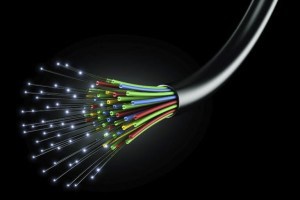 The physical fiber optic cable and conduit are robust, last through decades of use, and are relatively low cost to service and maintain.

Fiber-optic is also unique in that it can effectively carry unlimited amounts of data, as a physical communications channel. It far surpasses the capabilities supported by current local providers. It can scale: the same fiber can carry 1 gigabit or 10 gigabits or 100 gigabits, and so on, to every home or office.

With a gigabit fiber network, the City of Santa Cruz is future-proofing the infrastructure that will support the economy and essential services for many decades.

Why use a Private-Public Partnership?

While the network will generate revenue above costs, unlike a wholly-commercial enterprise a public-private partnership will emphasize universal coverage rather than focusing on commercial profit centers.

Cruzio’s interests align closely with those of the City:

The City has an excellent professional staff overseeing public interest in many relevant areas: Public Works, Finance, Information Technology and Economic Development, to name a few. But the City doesn’t have expertise in initiating, provisioning and supporting service for thousands of users on a digital network, Cruzio does.

As the largest independent ISP in Santa Cruz, with a 25-year history of great service and support, Cruzio is uniquely positioned to operate this network.

Cruzio’s existing backhaul fiber connection saves many months of effort and tens of thousands of dollars in setup and monthly costs. The backhaul can provide low cost bandwidth to feed the entire network and is expandable as needed. Our billing and customer service software is in place, tested, scalable and transferable to the new project. Lease payments for customer connections totaling a million dollars a year, currently going out of our area, could be shifted to pay the City.

Finally, Cruzio already has thousands of Internet users in the City of Santa Cruz who can be moved onto the new city-wide fiber network, providing immediate revenue to service the bond payments and top-notch service for the customers.

It will take a while for the network to be financed, engineered and built. Go to fiber.cruzio.com and voice your interest so we know where to build the network first.

While you’re waiting for the fiber network to be built, you can take advantage of our other fiber-backed, very high speed broadband services. Go to broadband.cruzio.com to learn more.