Don’t let anyone tell you tech is new in Santa Cruz! 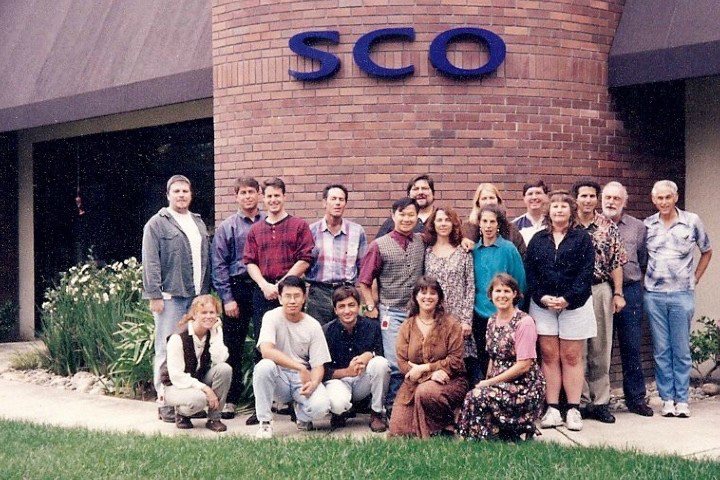 [Note: This article was originally published in Good Times for their 40th Anniversary issue, April 22, 2015.]

A look back at tech in Santa Cruz

I knew the man was a mere youngster when, referring to the “old days in Santa Cruz tech,” he said in an incredulous tone, “Back then, companies didn’t even let people work from home!”

“Actually,” I replied, “we couldn’t work from home. Most companies in those days had mainframes and minicomputers, and to get work done we had to go into the computer lab. It’s not that they wouldn’t let us—working at home wasn’t possible.”

Suddenly, my professional life flashed before my eyes. What follows will publicly out me as an old person in tech. But there’s no turning back.

My first job at a computer company was at Mountain Computer, in 1980-81. Located in the back corner of Harvey West Park, we were cutting edge, creating digital synthesized music on the Apple II. We had no networking then, so the only way into the system was by keyboard or diskette. One of my projects was to test Mountain’s music software.

I soon realized that my lack of a Computer Science degree was going to keep me as the lowest person in the engineering pecking order. Although I already had a BS in Sociology, I decided to go back to school and get some practical skills. As a CS student at UCSC in 1981-82, our only way to get homework done was in one of the computer labs on campus. Aside from learning the basics of compilers, data structures, and C programming language, one of my poignant memories of that year was flirting by email with my soon-to-be boyfriend. It was a new thing to flirt online in 1981. 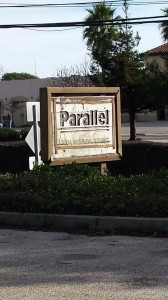 I graduated in 1982, and after a year in San Diego at NCR, the guy and I broke up. I landed a job at Parallel Computers, my first startup, and moved back to Santa Cruz. We made UNIX-based redundant self-monitoring systems and our tag line—at least internally—was “Syncing at last!” All of those long startup hours were spent in the office. At least we each had a huge character-based monitor. Our domain name was dogbreath.com, because geeks controlled things like that—and, honestly, it didn’t occur to us that anybody would ever be interacting with customers by email.

My next four years were at Hewlett-Packard in Cupertino on the HP-UX team. Still no working at home. I commuted in a vanpool and was slightly carsick for the entire four years. Other than that, my main nightmare was the refrigerated lab. Since I was working on limited prototype hardware, I had no choice. Cold air flowed up through perforated raised floor tiles to keep the huge systems from overheating. These days, you can typically see these floors in a data center. Back then, you had to sit where the terminal was located, and my only option was to wear a winter coat and hat, which really doesn’t help much when you’re sitting on top of freezing air blasting directly at you all day long, for weeks on end.

I started at Santa Cruz Operation (SCO) in 1989. I was grateful for my two-mile commute, and vowed never to complain about cross-town traffic. I rode out the ’89 Loma Prieta earthquake on the second floor of SCO’s Mission Street building (now a CVS store). Our team eventually moved to Encinal Street. In those days, SCO was one of the largest private employers in Santa Cruz and occupied seven or eight buildings in Harvey West Park. Back then, we sent software updates to customers on 5.25- or 3.5-inch floppy disks. Because the department I worked in controlled all the partner-supplied hardware, we each had one or two powerful workstations to use, each with a huge terminal.

It wasn’t until 1993 or 1994 that I brought a system home from work. The tower and terminal were so huge that I couldn’t carry either by myself. When my house was burglarized in 1997, the burglars couldn’t unscrew the display cable and left all the SCO gear behind.

I went on maternity leave in August of 1994, and when I returned to SCO in March of 1995—like magic we were looking at displays with a graphical interface.

The main focus of 1998-99 was gearing our software for Y2K, a big deal in the entire software industry. At some point while at SCO, I got DSL at home. I heard about Google for the first time—before that, “a googol” was a large number. Our lunchtime walks included visits to the then-new Costco. One thing hasn’t changed—it’s still popular to hit Costco for food samples.

We survived Y2K, but in 2001, SCO split into two. One part became Tarantella, acquired in 2005 by Sun Microsystems, now Oracle Corporation. The other part was acquired by Caldera Internatonal, a company headquartered in Utah. Caldera later changed its name to “The SCO Group.” I’ll spare you the sordid legal details, but by then, it was no longer our SCO.

I got married, had a kid, and got divorced, all during my 13 years at SCO. After surviving many layoffs, my time there came to an end in 2002. I was still using the vi text editor. Some folks had started using MS Word, so perhaps I was a bit behind the times.

Where did folks go after SCO? What tech companies were in Santa Cruz during the ’80s and ’90s?

In 2004-2005, I worked at UCSC in a few project management roles. And I got my first laptop. That’s what really enabled us to work at home—that, and a flexible manager.

In 2005, I transitioned from W2 to 1099. My first two clients as a freelancer were Claire Schneeberger, founder of Monarch Media, and Margaret Rosas, then founder of Quiddities. Both women are still very much Santa Cruz-based, and both continue to be inner-circle colleagues of mine. 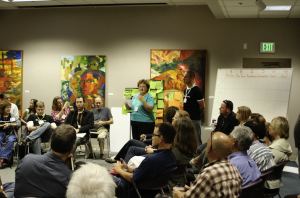 The first-ever Freelance Camp was held on Aug. 17, 2008, at the Museum of Art & History. Many key movers and shakers in our tech community today were there, including Shane Pearlman, Margaret Rosas, Jeremy Neuner, Iris Kavanagh, Peter Chester, Andreas Mueller, Caleb Baskin, Chris Miller, Sol Lipman, Jacob Knobel, and Nina Simon. Freelance Camp was a huge success, and it represented a turning point in our tech community. [3/8/19 update: that link appears to be dead. Try this.] 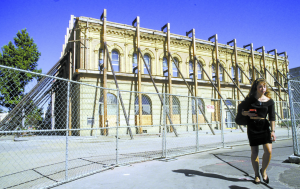 The current site of NextSpace, Pacific Ave. and Cooper St., taken during renovations after the ’89 earthquake. (Photo credit: Bill Lovejoy)

During a break at Freelance Camp, Neuner walked a group of us across Cooper Street to show off his new endeavor. The opening of NextSpace in downtown Santa Cruz (in the former site of TGV) in October 2008 was a primary catalyst that ultimately shifted us from the notion that tech in Santa Cruz consisted of a collection of medium-sized companies to the reality that our tech community was—or was soon going to become—a vibrant ecosystem of freelancers, startups and companies, all interrelated. “We’re in co-op-etition,” Rosas would say.

On a career-shifting spring day in 2013, Rosas and I sat in her car on Walnut Avenue after a coffee date. It was time for my yoga class, but as we talked, yoga came and went. Margaret, who later went to work at Looker, was professing that somebody should be telling our stories and documenting our history, and I found myself saying, “I think I can do that.” Shortly after, I met with then-mayor Hilary Bryant and asked if she thought a weekly digest of local tech news would be valuable to her. “Here’s my personal email address,” she said. “I don’t want to miss it.” Santa Cruz Tech Beat (santacruztechbeat.com) launched in July 2013, and continues to publish the tech community’s news, events, jobs, and more, online and in a weekly email digest.

[So much has been written in the last several years about local tech that I’ll skip it here, but if you’re interested, check out Santa Cruz Tech Beat’s Historical News.]

In the fall of 2013, Bud Colligan stepped into the local limelight. I was pleased when Bud allowed Santa Cruz Tech Beat to break the story when he launched Central Coast Angels, a group of local investors that provides capital to early-stage businesses in the region. Aside from being a savvy investor and businessman, Colligan genuinely cares about local economic vitality.