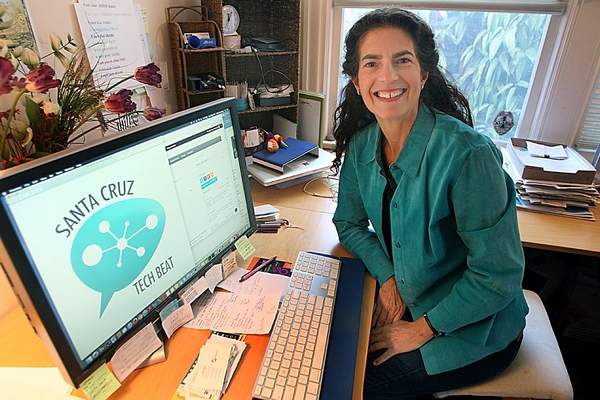 On the other side of the news

[Editor’s note: Today I find myself on the other side of the news. In this article, Santa Cruz Tech Beat is the news rather than in the usual role of publishing others’ news. Read on…]

A conversation with the mayor led consultant Sara Isenberg to become a publisher, telling the story about how the Santa Cruz tech ecosystem is growing and evolving.

Isenberg, a UC Santa Cruz computer science grad, took a vanpool over the hill to Hewlett-Packard before working at Santa Cruz Operation, then starting her own business. Last year, she met with then-mayor Hilary Bryant, a fellow UCSC alum, to bring her up to date on the tech community.

“I was excited to tell her everything that was going on,” said Isenberg.

But Bryant found herself pulled in many directions, serving as comforter-in-chief after two Santa Cruz police officers were killed on duty.

So Isenberg offered to email her highlights on the tech community once a week. Bryant accepted, and that’s how Santa Cruz Tech Beat was born.