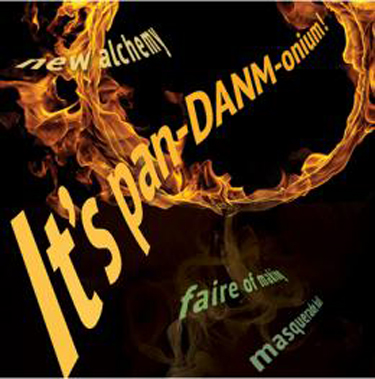 The Digital Arts and New Media M.F.A. program (DANM) at UC Santa Cruz will mark the completion of its first decade on April 25 with a daylong celebratory extravaganza titled It’s Pan-DANM-onium!

As part of the campus’s 2015 Alumni Weekend, DANM’s anniversary event will showcase the achievements of its alumni with a series of rapid-fire slideshow presentations.

More than 20 program graduates will display their current work and research from 10 a.m. to 1 p.m. at the Digital Arts Research Center (DARC, Room 230).

This year’s annual M.F.A. student art exhibition, titled New Alchemy, will be open from 10 a.m. to 8 p.m. at the DARC building, featuring interactive, mixed-media, and performance work by the 2015 graduating class.

Jaime Austin, curator and director of programs at San Jose’s ZERO1 art and technology network, and the curator of New Alchemy, will lead a guided tour of the student exhibition at 2 p.m.

DANM will additionally host a Faire of Making outside on the grounds of the DARC building, including a wide variety of Santa Cruz community and tech groups, featuring interactive craft booths and activities for all ages, from 10 a.m. to 4 p.m.

During those hours, DANM research labs will also be open to the public with ongoing research on display.

The festival culminates in the evening with a reception for the student show from 5 p.m. to 8 p.m., followed by dancing and a live DJ under the glow of projection art at the Masquerade Ball, on the DARC patio.