Reflections on 6 years gone by… 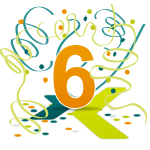 The very first member of NextSpace

On a crisp fall day back in 2008, Andreas Mueller knocked on the front door of NextSpace in Santa Cruz. He had to knock because the call box wasn’t activated yet. We didn’t have much furniture and the only Internet connectivity came from an old DSL line leftover from the building’s previous tenant. But Andreas had ridden his bicycle fifteen miles from his house—where he’d been running his company Bloofusion—to downtown Santa Cruz because he wanted to get to work. And he wanted to work at NextSpace.

At first, I didn’t let Andreas in. “We’re not ready!” I told him, slightly panicked. But you’re never really ready to start a business, are you? You just have to start. So I opened the door and we got to work.

Over the past six years, we’ve had the privilege of serving thousands of NextSpace members like Andreas. The most humbling and amazing thing about you, our members, is that you constantly demonstrate the courage to get started and get to work. Making a living and making a life in this new economy isn’t always easy. But the courage, passion, creativity, and connections that you bring to the NextSpace community make it just a bit easier for all of us. Thanks for six great years. What will the next six years bring? Let’s find out together…. 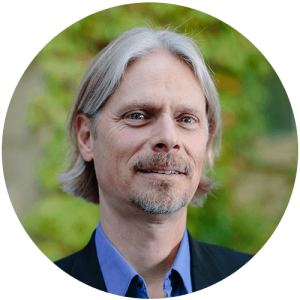 Andreas Mueller is the Chief Strategist at his digital marketing company Bloofusion, with offices in California and Germany. He’s also a dad, a cyclist and the very first member of the NextSpace coworking community in Santa Cruz where, as Jeremy puts it, he came knocking down the door eager to get started. In commemoration of 6 years, I thought what better way to celebrate then to talk to Andreas about his experience at NextSpace.

Q: How did you come to be a NextSpace member?

A: When I started my company back in 2001 I was working out of my house and it was kind of tough, I missed being around people and I found myself driving over Hwy 17 to San Jose or San Francisco 2-3 times per week to network or attend events or meet with clients. I had sort of resigned myself to the fact that I was always going to have to go over the hill for that sort of thing because you know, nobody works here, they live here and commute over to San Jose or San Francisco for work. And then in August 2008 I read an article about NextSpace and I knew I had to check it out. So I got on my bike and rode from Rio Del Mar to downtown Santa Cruz and I knocked on the door.

I moved in that same month, August 2008 two months before NextSpace officially opened its doors, and I’ve been here ever since. I’ve even been in the same office, never moved. I chose this office after spending an entire afternoon with my wife sitting in each one (since they were all empty when I joined). I chose one that had a funky vibe, none of the walls are straight up and down, they’re all angled.

Q: Over the past 6 years how has NextSpace impacted you and your business?

A: NextSpace has kept me sane. Being able to go into a workspace and have somebody smile at you as you walk up the stairs, it completely changes your perspective. And the downtown location is really important to me, I’m a social person and its so great to be able to ask someone “hey, you want to grab lunch and talk about xyz?” Or if I need someone’s expertise or a different skill set I can just step outside my office and say “I’m looking for a programmer to help me with this project” and I can find people right there to help me. You can’t do that from a home office.

Q: How would you like to see NextSpace grow in the next 6 years?

A: I love having access to offices in San Francisco and San Jose but I’d love to see even more. I understand why it hasn’t happened yet but Palo Alto would be perfect. And if I could choose the first international location it would definitely be somewhere in Germany. Either Cologne or Berlin only because I travel to both places a lot for work.