Posted on May 27, 2021 by Sara Isenberg in Companies, Featured, Santa Cruz Tech Ecosystem 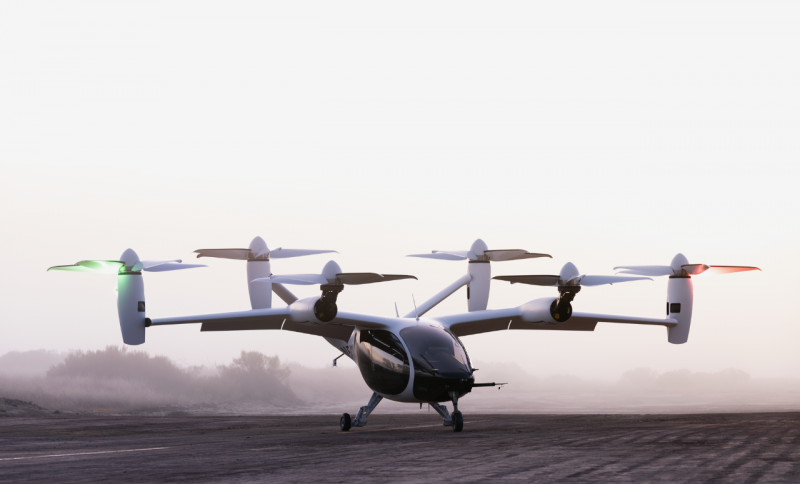 Since its beginnings of a small team of engineers working out of “the barn” in 2009, Joby Aviation has continuously made new headlines: In 2012, Joby was selected to collaborate with NASA on electric-flight projects; in 2019 the first production prototype began flight testing; so far Joby Aviation has accumulated over 1,000 test flights. In 2020, Joby became the first eVTOL company to agree to a “G-1” certification basis for its aircraft with the FAA and was granted the first ever eVTOL airworthiness approval in scope of the U.S. Air Force’s Agility Prime program. Lastly, in Q2 of 2021, Joby plans to become a publicly traded company upon the successful closing of its SPAC merger agreement with Reinvent Technology Partners, with a post-money valuation of USD 6.6 bn. Along this exciting journey was Paul Sciarra – now Executive Chairman at Joby Aviation, but also co-founder of Pinterest and Joby’s first outside investor. Read our interview with Paul Sciarra about Joby’s plans and what is yet to come!

You have been the first outside investor of Joby – What was your main motivation to invest?

Paul Sciarra: I have known the Joby team for a long time. I first heard about Joby and their important and ground-breaking work with electrical aviation on NASA’s X-57 program as well as together with the DoD on high-altitude drone applications. When I joined, the Joby team consisted of only 5 employees. What amazed me most about the Joby team was their focus on simplicity: Joby was open and willing to think about the simplest principles and solutions to take an electric aircraft off the ground. At that time, Joby was working on a 2-passenger eVTOL aircraft, but we made the right decision shortly after to develop a 4-passenger aircraft in order to provide a viable urban air mobility service one day. We did focus on the right product over the right technical solution, so development constraints of the eVTOL aircraft were centered around high speed and minimized charging time to provide an affordable service. An incredibly complex task, but the Joby team was willing to take on this challenge. Today we are 700 people and are still committed to the right product. As executive chairman, my work mostly focuses on fundraising, finding and securing the right partnerships as well as laying out the path towards commercialization.

What is the main advantage Joby has over its competitors?

Paul Sciarra: Nearly all of Joby’s success can be attributed to two major factors: Engineering discipline and prioritization.