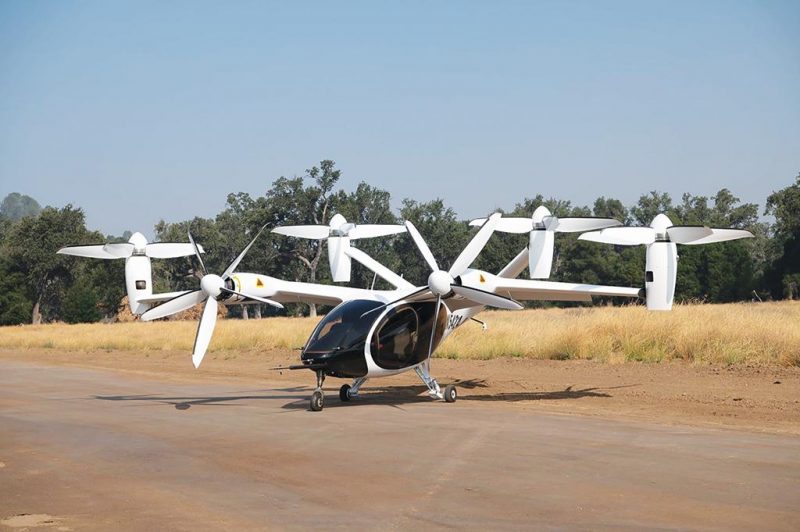 A breathless hush descends on the secluded valley where the Joby Aviation team is preparing its gleaming white electric aircraft for a flight in the heat of a California afternoon. Seldom seen and…

[Editor’s note: The rest of the article is behind a paywall. However, we were able to find some excerpts in an article by Electric VTOL News. Read on…]

Sized to carry four passengers and one pilot, it will be capable of operating day/night flights in instrument or visual flight rules up to 150 nm. Although only 21 ft. [6.4 m] long overall, the aircraft has a wingspan of 38 ft. [11.6 m] …

Subscale S4 prototypes were flown more than 700 times starting in 2015, and in 2017 the company began remotely piloted tests of the first-generation, full-scale “1.0” version. Building on this high-wing, six-propeller configuration, Joby started flight tests in 2019 of the second-generation “2.0” version. Changes included increased gross weight—up to 4,800 lb. [2,177 kg] — and a revised swept-forward V-tail.

Joby says “several hundred” flights have been completed to date, including some with a pilot onboard. Although some testing can be flown remotely, the certified S4 will be piloted to enable integration into the existing national airspace.