Posted on May 26, 2020 by Sarah in Featured, Monterey Tech Ecosystem 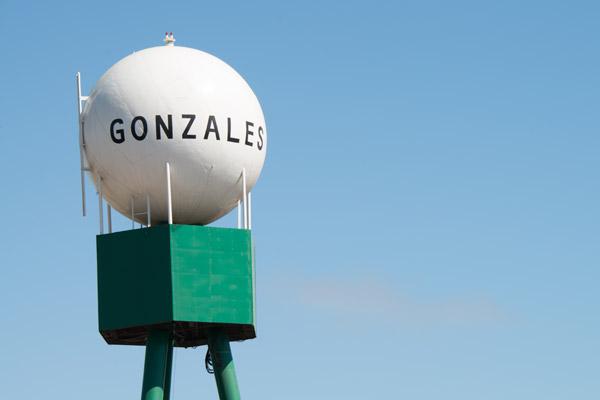 Gonzales’ victory is a lesson on power, and how communities can beat the odds

If California is really the global tech capital it claims to be, why is it so hard for the state’s small towns to get the top-notch internet broadband service they need?

You’ll find one answer to that question in Gonzales, a city of just 9,000 people in the Salinas Valley, where local leaders spent 15 years seeking to connect all residents to the internet.

Right now, even California’s biggest and richest cities are struggling to provide the internet access necessary for their people to work or study from home. But Gonzales solved that problem a few months ago. Before the pandemic hit, the town offered broadband service, free of charge, to all its residents. The story behind its rare achievement—tiny Gonzales is the first Central Coast city to do this—offers all kinds of lessons about power, and how communities can beat the odds.

Gonzales’ leadership is not entirely a surprise. The town, populated by farmworkers and surrounded by fields, is one of our state’s smallest wonders. In a region notorious for high crime and child poverty, Gonzales boasts low crime and high graduation rates. And while other California cities chase sales taxes by developing big retail and tourist attractions, Gonzales focuses on nurturing a diverse industrial base that employs local residents. Its local leadership is well-known for novel partnerships that provide innovative health services and extensive supports for children, who make up nearly 40 percent of the town’s population.

But even for a creative and nimble city, securing broadband has been very challenging. Gonzales’ long path to universal broadband suggests that it will be difficult to turn the temporary internet measures of the pandemic—like short-term service discounts from providers—into long-term bridges over our digital divides.

Gonzales’ broadband quest is also a tale of a David taking on multiple Goliaths. In 2005, internet service in Gonzales was slow and unreliable, and municipal officials couldn’t get service providers to work with the town. On my visits to Gonzales, I saw kids sitting outside McDonald’s, Starbucks or even City Hall, using the free WIFI to do their homework. In 2017, such scenes inspired the city to add a Broadband Strategy to its general plan, with a commitment to “Universal Broadband for All.”

So the city joined the Central Coast Broadband Consortium, which includes governments and organizations that seek better internet access. Gonzales officials also started regularly visiting the state’s Public Utilities Commission in San Francisco to press their case for rural broadband, including a link between Santa Cruz and Soledad.

At some PUC meetings, Gonzales was the only city represented. But as a small town, it didn’t have much leverage—until officials discovered how to advance their case by filing legal protests against corporate mergers and acquisitions.