Machine Learning is Revolutionizing Our Understanding of the Human Brain 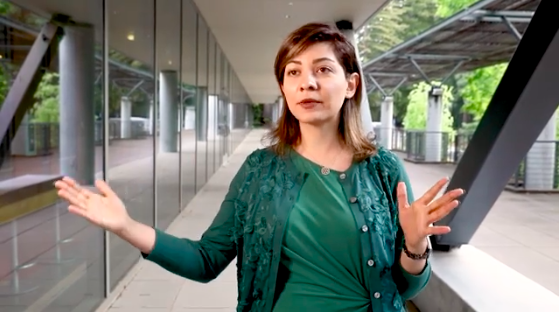 Alcohol withdrawal can be fatal. Delirium tremens (the vivid hallucinations that can accompany withdrawal) often have dangerous physical effects too: soaring temperatures, seizure, and irregular heartbeats. Medical staff in emergency rooms are trained to look for tremors which can precede a seizure. But there’s a problem.

The most common treatment for the DTs is a course of benzodiazepines, however this is a frequently abused class of drug (it includes Valium and Xanax). A common tactic for addicts is to enter a busy emergency room and mimic alcohol withdrawal symptoms to receive the medication. Phoney withdrawal symptoms divert resources and attention from patients in need.

It takes extraordinary skill and judgment (particularly in a crowded emergency room) to perceive the severity of a tremor and whether or not a patient is faking the symptom. Doctors also needed a way precise way to determine how much medication to administer to these patients.

UC Santa Cruz Teaching Professor Narges Norouzi created a solution. As a Ph.D. student at the University of Toronto she, along with Professors Bjug Borgundvaag and Parham Aarabi created an app that measured tremor strength, and could help predict whether or not a tremor was real or fake.

“One of the things that I did in graduate school was detecting the severity of alcohol withdrawal tremors,” Norouzi said. “We built an application, which was deployed in different hospitals across Canada, and after deploying it, what happened was that the median length of a hospital stay decreased by four hours.”

Norouzi proved a logarithmic relationship between the tremor energy (as measured via the empirical mode decomposition of smartphone accelerometer signals) and the medical tremor rating provided by expert physicians. This scale, which we refer to as the “Norouzi scale”, provided a quantitative means by which hand tremors could be evaluated using accelerometers. Since then, this app has become the de facto standard in quantitatively diagnosing alcohol withdrawal hand tremors with usage in nearly a dozen Canadian hospitals.

“Most of the things I’m interested in in my lab pertains to how we’re applying machine learning and artificial intelligence techniques to improve patient’s quality of care and to provide measures to detect different natural phenomenon to predict and diagnose different diseases,” Norouzi said.

She’s currently working on two projects at UCSC, both collaborations with other professors.

“One is in collaboration with Professor Jonathan Kleen at UC San Francisco’s Comprehensive Epilepsy Center,” Norouzi said. “What we’re doing is trying to build an interface for people who are experiencing epileptic episodes. We’re collecting multi-modal EEG signals and we want to see if there’s a way we can predict early onset of seizures, how seizure is propagating through the human’s brain network, and what are some of the components and features that contribute to the termination of a seizure so that neurologists can go back and mimic those features so they can terminate a seizure before it propagates to the entire brain network.”

“Our main tool for measuring brainwave activity is the EEG invented about 80 years ago,” said UC San Francisco Adjunct Professor Jon Kleen. “Which currently consists of lines (squiggles) on a screen stored as data on our hospital computers. Narges explained that many artificial intelligence algorithms for image recognition are set up for this problem—some of the algorithms she works on may be able to “learn” how to see past the features that don’t matter, and instead pick up on patterns that reflect key underlying brain activity, such as where a certain seizure starts in the brain, and how it spreads.”

EEG signals could contain subtle features that humans can miss and algorithms could be trained to do better than doctors.

“Norouzi and her graduate student Rafael Espericueta are helping spearhead the collaboration between our centers, designing a large database and implementing computational methods in cloud-based resources, along with developing specific questions we can address in this burgeoning research field,” said Kleen.

The second project she’s working on involves unraveling the mysteries of how the human brain processes vision.

“The other collaboration I’m really excited about is with Prof. Jason Samaha of our psychology department at UCSC,” Norouzi said. “We’re looking at training a deep learning architecture to see how we can simulate the human brain in recognition of images: is there a way we can have a deep architecture so that by analyzing each of the layers we can see how humans are perceiving images through time?”

One of her collaborators in the psychology department is Professor Jason Samaha. “We’re working on a project to understand the way deep neural networks process vision,” he said. “Right now it’s hard to know whether a neural network is doing tasks the same way that a human brain is.”

“We are using data recorded from people’s brains while they examined images and tracked the parts of the brain that process different parts of images: one part might affect how people perceive the brightness of a screen; another might process faces,” Samaha said.

The potential applications are enormous. “[Computer] neural networks are helpful as models of the brain because they allow us to do things we’d never be able to do with live tissue, but these networks are only useful they’re accurate representations of the human brain, if they’re totally different than ours then they won’t help,” Samaha said.

Modern medicine creates enormous amounts of data, more than any human being can possibly digest. Norouzi is beginning to use it as the raw material for the next generation of medical breakthroughs.

For more information about Professor Norouzi and her work, please see:https://nargesnorouzi.me