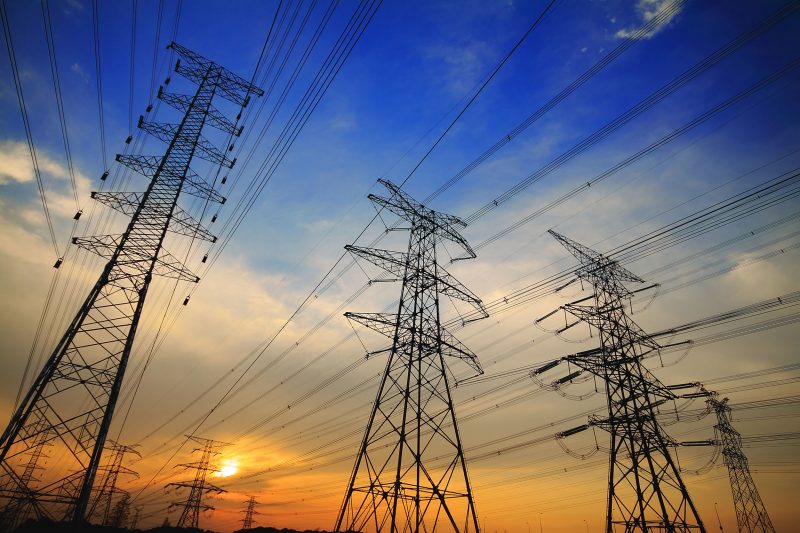 Engineers are hard at work, looking for a better “cure” than periodic shutdowns when the wind begins to blow and the humidity is low.

Northern California was crippled by two separate “public safety power shutdowns” in the fall of 2019. Gusts of wind threatened to swat high-voltage power lines into the tinder-dry foliage surrounding them, potentially sparking a conflagration like the one that destroyed the town of Paradise, California in 2018 and the ensuing litigation that left the nation’s largest utility Pacific Gas & Electric (PG&E) bankrupt.

The “cure” was to shut off power for millions of consumers. A life was lost, and the economic impact is still being tallied.The last time California withstood major blackout was in the early 2000s when Enron’s predatory pricing led to brownouts. The disruption it caused led many manufacturers to leave the state.

At UC Santa Cruz, the lights went out in all but a few critical buildings, classes were canceled, but engineers at the Baskin School of Engineering were hard at work, looking for a better “cure” than periodic shutdowns when the wind begins to blow and the humidity is low.

“These Public Safety Power Shutdowns (PSPS) are understandable but definitely not a long-term solution,” said UC Santa Cruz Electrical and Computer Engineering Professor Yu Zhang. “My research group has been putting some effort into looking in this direction. One of the recent projects I’ve been doing with collaborators at UC Berkeley uses statistics and machine learning to build failure models that would help a utility or system operator triage which equipment to maintain and how extreme events might affect the system.”

“Right now, I don’t know the exact details of how [PG&E] deals with the shutdowns—they may dispatch workers when they see damage on the line, but I don’t think they have a scientific framework for trying to do this in a systematic way,” Zhang said.

Zhang and Moura are taking a multi-pronged approach. Their first order of business is to look at the effects of all kinds of extreme events. “We’re considering all kinds of disasters, wildfires, strong winds, hurricanes, earthquakes, and floods. Each of these disasters can have drastically different effects on electrical infrastructure,” Zhang said. They aim to eventually establish a framework to run simulations on, and analyze the results of.

Zhang wants to use artificial intelligence and machine learning with these frameworks to allow utility companies to have a quality that he calls “robust optimization.” He calls it a medium-term solution. Essentially anticipating information about when and where an electrical grid will break down during an event like the hot winds that triggered the 2019 shutdowns. Eventually California utilities will be forced to permanently harden their grids, most likely by burying them.

“In the long-term, say in the next 100-200 years, power-lines will be buried. Right now most power lines are above ground, which means branches and trees can fall on them. The problem is that burying lines costs roughly $2.3M per mile, while overhead lines cost about $800K. But once you factor in the losses caused by wildfires, maybe it’s worth burying them all now,” Zhang said.

Zhang also studies a completely different solution, one that tackles the problem from the user side: micro grids. While robust optimization focuses on utilities and allows them to develop a reactive “immune system” to guard against breakdowns during extreme events, on the user side, communities and even individual consumers are likely to want to invest in their own electrical infrastructure, providing back-up.

“Microgrids are definitely the long-term solution from an end-user’s perspective,” Zhang said. “They basically make the electric grid much more robust. Right now, we have a central generator and power goes out through the transmission network to our end users. Microgrids do the same but on a smaller scale and they can be operated in two modes: one is called a grid connection, where the microgrid is connected to the larger grid, and then there’s islanding mode, when you cut yourself away from the main grid, and because of this flexibility microgrids are a long-term solution.”

Zhang points to the UC Santa Cruz campus as an example of a micro-grid. “When we’re facing wildfire risk on campus, the Cogen combined heat and power generator on campus comes on and keeps our fire stations, wetlabs, healthcare, and a couple of critical buildings online. Eventually at UCSC we hope to get another Cogen online so we won’t lose important samples or have to cancel class when the power goes out.”

Technology Management Professor Yihsu Chen studies the impact of public policy on energy, water resources, and transportation. He agrees that hardening the existing electrical grid by burying transmission lines in vulnerable areas and increasing its ability to cope with unexpected shocks and disruptions could help in the short term.

“Engineering solutions can only get us so far,” Chen said. “We also have to work on the demand side, which is much more of a policy problem. We have to incentivize consumers to move away from wildfire prone areas.”

As an example of why engineering alone won’t solve problems, he points to traffic in Los Angeles. For years traffic congestion was dealt with by expanding existing freeways, which temporarily relieved congestion but quickly filled with more cars. A much more effective method of reducing traffic would be to decrease the incentive for people to drive in Los Angeles in the first place with a commuter tax or toll roads.

California’s energy crisis has been exacerbated by a confounding regulatory environment. “California doesn’t have full deregulation nor does it have competition at the retail level,” Chen said. “They have local monopolies. This is partially the result of the 2000-2001 [Enron] energy crisis. What it means is that there’s no incentive to do better since there’s a guaranteed rate of return and as revenue is tied to MWh consumption, there’s little incentive to promote energy efficiency.”

“However, uniformly applying this cost to all consumers, regardless of where they are located (i.e. whether they are subject to wildfire risk or not) creates a cross-subsidy that likely leads to distortion,” Chen said. By failing to penalize consumers in fire-prone areas in proportion to their risk of being burned (the way flood insurance works, for example), California consumers are indirectly subsidizing fire-prone “wildland-urban interface” housing.

Both Professors Chen and Zhang agree that the PSPS are likely to continue. In the medium term more and more Californians are likely to become accustomed to the sound of generators rumbling and backup batteries bleating for attention. Eventually neighbors will connect their generators and storage and build tiny bulwarks against blackouts. In fact it will look an awful lot like what happens on campus when the power goes out.