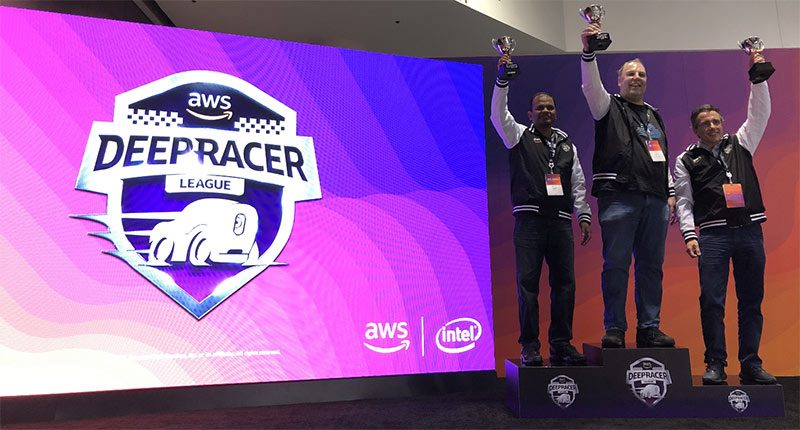 Yesterday at the AWS Summit in Santa Clara, California, we kicked off the 2019 season of the world’s first global autonomous racing league. The AWS DeepRacer League allows developers of all skill levels to get hands on with machine learning through a series of live racing events at AWS Global Summits around the world. The AWS DeepRacer League includes virtual events and tournaments throughout the year.

It was an exciting day as developers put their machine learning skills to the test! After 9 hours, 400 autonomously driven laps, and over 5 miles of racing, the Santa Clara winner was declared. Chris Miller, founder of Cloud Brigade, based in Santa Cruz California, topped the leaderboard and will be the first victor to advance on an expenses-paid trip to the AWS DeepRacer Championship Cup at re:Invent 2019 in Las Vegas, Nevada. With a winning time of 10.43 seconds, Chris and his team came to the Santa Clara Summit with the intent to learn more about AI and ML “I’m excited about machine learning and the technology that is being made available for modern applications”. Chris trained his winning model in one of the AWS DeepRacer workshops at the summit.

Next on the agenda for Chris –  he is now preparing for re:Invent by learning more about machine learning and how he can customize his model further.