Should Startups Invest in Patents? 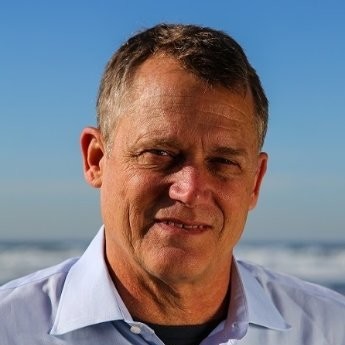 (Photo above: Mark Hayes is a partner at Haynes Beffel & Wolfeld LLP. Contributed)

Does it make sense to invest time and money to seek patent protection when you are focused on making the company take off?

Patents are always part of the conversation in technology companies. But, often, people do not understand the roles patents play in early stage companies. Here we give an explanation that can help new companies understand those roles, and inform a decision about whether to invest in patents.

I am proud to sponsor Santa Cruz Tech Beat and which, aside from being fun to read, is a great resource for learning about the community. I live and work full time in Santa Cruz, keeping an office at Cruzio downtown, and hope to make a contribution to the growing tech ecosystem here.

My firm, Haynes Beffel & Wolfeld LLP, is a patent boutique, specializing in patent preparation and prosecution in the U.S. and worldwide, and in strategic counseling for technology companies. My two partners and I have over a century of combined experience in high technology patents, and we are all rated “Preeminent,” the highest peer review rating by the Martindale-Hubbell. Please check us out at www.hmbay.com.

You have to “file early” and sometimes it makes sense to “file often.” You need to know about the “file early” part. In addition to the roles of patents in general, the time frame in which patent applications must be filed is very important for startups to understand, adding pressure to the decision to invest in patents. Basically, if the bold idea of your startup becomes public, or if you put products on sale that embody your bold idea before an application is filed then, in the United States, a one-year grace period starts ticking off, after which the application will be barred. Outside the U.S., your patent rights can be lost immediately upon public disclosure, because the one year grace period is not provided. You can still pursue patents for improvements and modifications after that first year or first disclosure, but the chance for a patent broadly protecting the bold idea on which the company was founded will be lost, if the filing is delayed too long. So, this adds pressure to the decision at early stages of a company. The filing deadlines are a complex subject, if you get into the details. So we return here to the roles of patents.

Building a Valuable Portfolio Takes Time – So What Good is it in the Near Term?

Building a Deter-Defend-License portfolio of patents takes a long time and a lot of money (or in some cases just a lot of money). After a negotiation with Texas Instruments some time ago, the TI team having experience finding patents in its vast portfolio to assert, told me that they felt patents usually do not have value in the licensing setting until 7 or 8 years after grant. This is 10 years or more after the application has been filed! Of course, there are exceptions, but I find the timeline useful to keep in mind.

For startups, that timeline is too long. On the other hand, startups usually do not have sufficient revenue to make them target of patent enforcement actions. So, they fly under the radar, so to speak, for a time. Usually, a startup does not need defensive patents early on.

So, what good are patents in the early stages of a company? Primarily, to deter competitors from copying your technology. Although the patents are not likely to be granted in the first years of a company, the fact of a pending application directed to the company’s core ideas establishes a position of strength based on an eventual patent of uncertain final scope. Some competitors, or acquiring companies, will feel exposed to the uncertainty arising from this eventual patent, and will be less likely to copy your technology. It can slow down or stop some of the competition, and improve your chances of a successful exit.

This position is pretty intangible most of the time, and so again not necessary for many companies. But, it is established good practice to take apply for patents. Investors usually ask whether the company is pursuing patents, and they all have different opinions about the importance of the answer. But, having patents in process is always a good “yes” in the interview, and never a negative for investors.

Some commentators have asserted that startups with patents receive demonstrably bigger valuations. I believe this should be true.

Possible Value in the Long Term

Another role of patents for early stage companies is longer term. Startups are founded on bold new ideas, but often fail to execute the business, because it is too early, as was true for many internet companies. But, their ideas can survive in the market. In this case, the patents can be monetized to recover some of the investment. One company we represented was a high flier in the late 90s, and built a portfolio around web services technologies. When the company failed, its patents were sold for millions of dollars, ending up in the defensive portfolio built by a group backed by a number of major companies. This group held the patents for its members against the fear at the time that Microsoft might bring its portfolio to bear against the Linux community. Another company that started much too early to execute, filed patents based on its big idea related to Google Earth-like technology. After the company had been out of business for years, the patents sold for millions making a nice retirement for the founder who had worked so hard.

These occasional late sales of patents are small consolation for a startup. But they help establish a value proposition that supports the use of a patent portfolio as collateral.

The value of patents varies a great deal across industries. Purely software companies may have less need, because patents are expensive, copyright protection is very strong, and because the technology is very fluid over time. Also, some kinds of innovations implemented in software are not eligible for broad patent protection. In the early stages, patents for software companies often take a back seat. This is not to say that software companies are not pursuing patents. On the contrary, most established software companies have built huge patent portfolios. Many startups lose their chance to patent their bold idea this way. So, my advice is to never dismiss out of hand the pursuit of patents. It is always worth a good look.

For startups, does it make sense to invest time and money to seek patent protection when you are focused on making the company take off? Well yes, it makes sense. Startups should always talk to a patent expert very early on about their actual situation, to see if patents should be a priority, and to make sure rights to their bold new idea are not lost.

I am happy to meet with prospective clients for a free consultation almost anytime. We can start the conversation.  You can reach me by email at mhaynes@hmbay.com