Sued By a Patent Troll?

Posted on February 21, 2014 by Sara Isenberg in Santa Cruz Tech Ecosystem
Share This:

As one of the top patenting areas per capita in the country, the Santa Cruz tech startup scene will increasingly be confronted by the patent troll challenge. 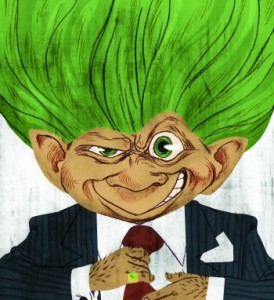 While some criticize any “non-practicing” or “monetizing” entity, the pejorative term “patent trolls” is usually reserved for those who purchase patents for the purpose of demanding licensing fees from others and threaten to file baseless patent suits.

Patent troll litigation has grown at an alarming rate nationally. In a study prepared for the Government Accounting Office, patent monetization entities (trolls and other non-practicing patent assertion entities) filed nearly 60% of all patent infringement suits in the United States in 2012. This represents a sharp rise from 24% five years before.

Suits against the Googles get most of the news, but the big boys can handle themselves. Startups, that’s another matter. A recent study by Professor Colleen Chien shows that 55% of patent troll defendants gross under $10 million/year. Non-troll cases against such smaller defendants comprise only 16%.

Threats made to startups are often made at a critical juncture around roll out of their first product. The typical 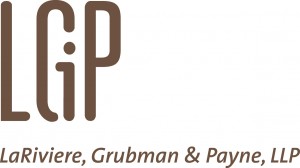 patent troll playbook works well:  Vaguely indicate that their patents are being infringed and make an offer the startup “can’t refuse.” The demand often takes the form of an “offer” to license rights to practice their patents for a one-time fee of maybe $15,000 to $40,000, a fraction of what patent litigation would cost if it went all the way to trial.

But assuming the patents are iffy, why is this threat credible?  In a typical dispute between two competitors, the accused seller would think, “This will cost them just as much to litigate as it will me. If the case is only worth a settlement of $40,000, why would they spend $40,000 or much more to get it?” Patent trolls bypass this typical dynamic. They use law firms working on a contingent fee, who get a substantial stream of income from the sheer volume of demands and number of early settlements. There is little deterrent, furthermore, facing the troll in joining the start up in one of the thirty actions filed in a court on the same day, regarding the same patents. Their work will be nearly the same, whether dealing with thirty or thirty-one defendants on these same issues.

What are the startup’s options? Apart from simply paying the troll toll, it would be critical to know how likely infringement is. Some information may come from industry associations like the Application Developers Alliance. Otherwise, that is generally the role of patent counsel.

Assuming considerable doubt exists about the patents, some hard choices must be faced.  Here are some options:

Robert Payne is a partner at LaRiviere, Grubman & Payne, LLP, an intellectual property law firm in Monterey where he practices patent, trademark and copyright litigation.

Zoom announces Poly as one of four providers of new Hardware as a Service program
#santacruztech ... See MoreSee Less

Musings on the Future of AgTech - Santa Cruz Tech Beat