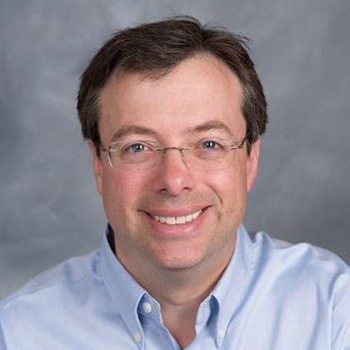 Biomolecular engineer Todd Lowe has received a $2.7 million grant from the National Institutes of Health to support his lab’s international leadership in transfer RNA research

The human genome includes more than 500 genes for transfer RNA (tRNA) molecules, which are essential for making proteins in all living organisms. Scientists have long understood the fundamental role of tRNAs in translating genetic code into proteins, but in recent years they have discovered new and unexpected functions for these molecules, including specialized regulatory roles in the cell sometimes carried out by small fragments of tRNAs.

“It’s a whole new layer of regulation that no one expected. We’re at the stage where people are just starting to realize that tRNA fragments are actually regulatory molecules and are interacting with a wide variety of things in the cell,” said Todd Lowe, professor of biomolecular engineering at UC Santa Cruz.

Recent studies suggest tRNAs and tRNA fragments are involved in cellular processes associated with diseases such as cancer, viral infections, and neurodegenerative disorders.

Lowe’s lab is at the forefront of this burgeoning field

Lowe and his collaborators developed a special RNA sequencing technique (ARM-seq) needed to detect and sequence tRNA fragments in the cells of humans and other organisms. Bioinformatics software Lowe developed as a graduate student to find and annotate tRNA genes in genome sequences is still widely used by researchers and genomics centers, including the U.S. National Center for Biotechnology Information and the European Bioinformatics Institute. His lab also maintains the rapidly growing Genomics tRNA Database used by researchers around the world, and he developed a new system for naming tRNA genes that has been adopted by the Human Gene Nomenclature Committee and other databases.

The National Human Genome Research Institute has just awarded a five-year, $2.7 million grant to support Lowe’s continued international leadership in the study of tRNA gene function. He has had NIH funding to study transfer RNA since 2012, and the new grant will fund ongoing efforts to characterize all 500 human tRNA genes and determine when and where (in which tissues and cell types) they are active. Lowe’s research has already shown that these genes are tightly regulated—fewer than a third of them are turned on in all cells, while most are active only in stem cells or in certain tissues.

Lowe’s comprehensive approach to characterizing tRNA genes will help researchers understand the full range of their roles in the cell, both as mature, full-length tRNAs and as tRNA fragments, which are derived from mature tRNAs as they are broken down and recycled by the cell. Researchers can use CRISPR genome editing technology to study the effects of knocking out specific tRNA genes, and Lowe plans to design the molecular tools (CRISPR guide RNAs for all human tRNA genes) needed to do this.

“We’re just starting to understand all of the functions of transfer RNAs. This project will fill in a gaping hole in our understanding of human genes,” Lowe said.

One reason there are so many tRNA genes, he said, is to enable cells to ramp up production of tRNA during periods of rapid growth. If tRNAs are essential to rapidly growing cells, such as cancer cells, they could be a potential target for novel drugs. But researchers will need much more information about the roles of different tRNAs to identify the best targets. “We’ve identified the tightly regulated ones that are only turned on in rapidly growing cells, and we’re now studying those,” Lowe said.

Transfer RNA may be the oldest type of RNA molecule in the cell, and its fundamental role in gene translation has not changed much as life evolved. Secondary functions have arisen in the course of evolution, however, and more complex organisms seem to have acquired more tRNA genes and more roles for tRNA fragments, Lowe said.

“Our understanding of how tRNA is used in the cell is changing rapidly, and now it’s a matter of applying the technologies we have to systematically understand all the roles of these molecules and how we can potentially manipulate them or develop drugs to interact with them,” he said.