Bloomberg: Air-Taxi Startup Has a Working Prototype and a Fresh $100M 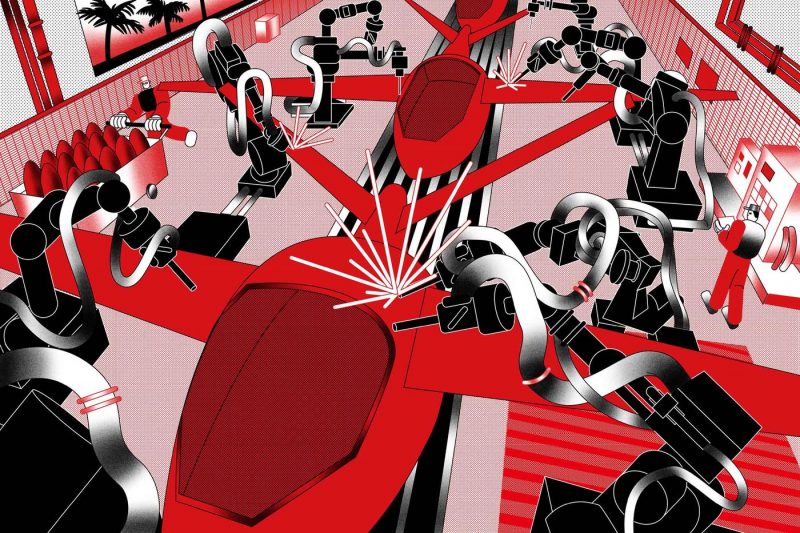 (Image above: by Inkee Wang for Bloomberg Businessweek)

“This is what I have been dreaming about for 40 years. It’s the culmination of my life’s work.” — JoeBen Bevirt

If you want to see JoeBen Bevirt’s flying car, you have to get in a helicopter. The engineer’s private airfield is nestled in a valley on the Northern California coast between Monterey and Santa Barbara, and it’s remote by design, out past a swirl of tan and green fields. Bevirt, a 44-year-old whose bursts of childlike delight punctuate his otherwise quiet intensity, bounds out to greet the chopper, then points the arriving pair of reporters to the prototype resting on the dirt runway nearby. It’s an exotic-looking white aircraft with numerous propellers. (Bevirt agreed to the visit only on the condition that physical specifics remain unpublished.) He calls it an air taxi. “This is what I have been dreaming about for 40 years,” he says. “It’s the culmination of my life’s work.”

Bevirt is the founder and chief executive officer of Joby Aviation Inc., a startup that’s spent the past nine years trying to design and build a whole new kind of short-hop aircraft. Believe it or not, things have been going well. We were the first two reporters to see a demo of the prototype, named Rachel after the women several of its creators used to date. The pilot managed a vertical takeoff, 15 minutes of flight in a 15-mile loop, and a safe landing. Powered by electric motors and sophisticated control software, the taxi performs like a cross between a drone and a small plane, able to zip straight up on takeoff and then fly at twice the speed of a helicopter while making about as much noise as a swarm of superbees. Bevirt says thousands of these sky cabs will one day shuttle people around cities, soaring above the conventional traffic below.