Lloyd Tabb: 5 Things I Wish I Knew Before I Became CEO 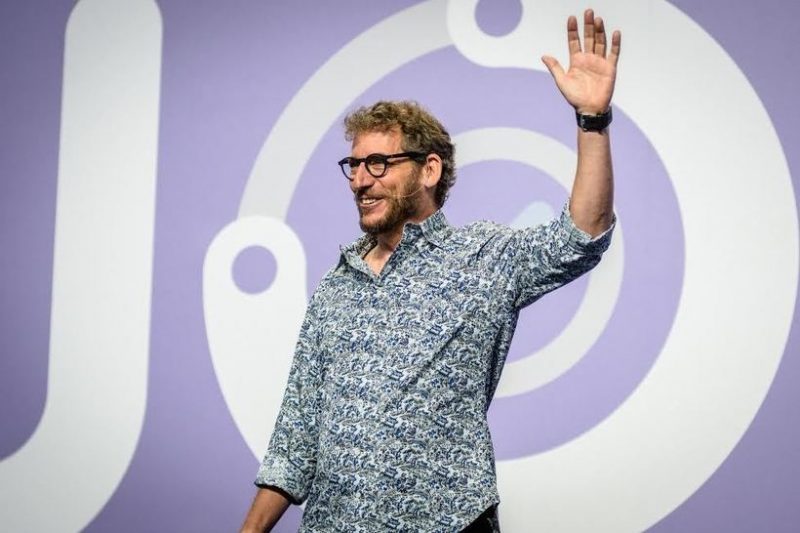 (Photo above: Lloyd Tabb is Founder, Chairman & CTO at Looker.)

I had the pleasure of interviewing Lloyd Tabb, Founder and Chairman of Looker. Lloyd spent the last 25 years revolutionizing how the world uses the internet and, by extension, data. Originally a database & languages architect at Borland, Lloyd founded Commerce Tools, acquired by Netscape. As the Principal Engineer on Netscape Navigator Gold, he led several releases of Communicator and helped define Mozilla.org. Lloyd later was CTO of LiveOps, co-founder of Readyforce and founder then advisor to Luminate. Lloyd combined his passion for data, love of programming languages and commitment to nurturing talent when he founded Looker.

Yitzi: What is your “backstory”?

I was always entrepreneurial as a kid. I had a paper route, owned a video game arcade at 17, and put myself through college by selling sunglasses at the student union. In college I was studying business, but after taking some classes I fell in love with programming and decided to forgo my love of business. I even remember telling my dad, “I may never be wealthy, but I will be doing what I love to do”.

Fast forward, it turns out I got to do both business and programming. I still program every day, but I’ve also helped start and build a bunch of successful companies. Most importantly, I still love what I do every day.

How have you used your success to bring goodness to the world?

It turns out my intention to do good in the world ended up doing great for my company.

I was lucky enough to have success early, joining Netscape at the right time. After Netscape, in 1999, I had enough financial independence to choose what I was going to do with my days, so I decided to give back. I wrote some software to let kids do their homework online, volunteered at a local middle school teaching kids programming, and led an after-school computer club.

The computer club was a particular challenge because the club had 2nd graders all the way up to 8th graders. There was even a high school student that liked to show up for the computer club. How can you teach all these different kids at different ability levels at the same time? The answer, we decided, was that in computer club: 1) you had to ‘make’ something, not ‘play’ something; 2) if someone asked you a question, you had to stop whatever you were doing and answer it; and 3) you should never make fun of someone for asking something.

The results were remarkable. Kids learned to do amazing things and mostly learned from each other. The kids developed all kinds of skills and built all kinds of crazy cool things.

How is this related to my company, Looker? Looker’s core values contain the same computer club rules. Looker is a remarkable place to work. Everyone is a teacher, everyone is a student. We have many smart people helping each other and helping our customers succeed. People aren’t afraid of making new things and making decisions. And best of all, everyone here is really nice and treats others with respect.

You know what else? A remarkable number of those kids that were in my computer club, well, they work at Looker today and are among Looker’s star employees. Even that high school kid that showed up to help in the computer club is now one of Looker’s engineering directors.

I thought I was giving back, but it turned out I was just paying it forward.

So what does your company do?

Looker is a complete data platform that offers data analytics and business insights to every department, and easily integrates into applications to deliver data directly into the decision-making process. Looker is used by over 1,000 companies, including Kohler, Nordstrom, Lyft, Spotify, iHeartRadio, Cigna, Square and Twilio.

Yitzi: What are your “5 things I wish someone told me Before I Launched My Start-Up” and why?

We launched Looker when I was 47. I spent a bunch of time working in venture capital, angel investing, and advising startups. I’m going to list 5 pieces of advice that I took to heart when starting Looker.

1. It’s all about the team. When I worked as a VC, Jim Watson, the partner I was working with said, when you are looking at a deal, “Things change over time. Plans change, people don’t.” If you like the idea, but not the team, you shouldn’t invest. At Looker, we are very, very careful about who we bring on the team. Even with the initial investment, we chose partner and firm over stock valuation. The people we hire are going to be working with us for years. It’s better not to hire and then lower the bar. Today, Looker is full of people I genuinely love being around, even at 400 people. We’re looking for nice, smart, hungry-to-change-the-world people. We don’t make exceptions for any of these attributes.

2. Help make others successful: I think my dad taught me this at my first job…