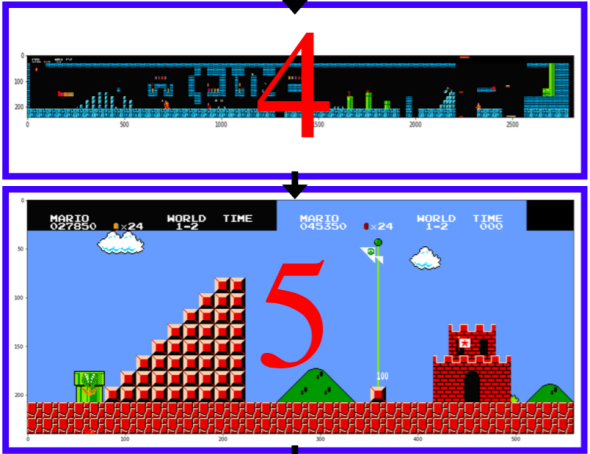 (Image above: As these images generated from Super Mario Bros. show, Mappy can figure out how different sections of a game relate to one another. Source: Slate.com)

Many of the classic Nintendo Entertainment System games are marvels of level design. The introductory moments of Super Mario Bros., for example, famously teach players to search for magic mushrooms by making it difficult to avoid the first one they encounter. In the decades since their initial release, those titles have been extensively explored, their every secret unveiled by avid enthusiasts.

Nevertheless, it has remained difficult to make clear, simple maps of the games and their worlds. As Joseph Osborn, a Ph.D. student in computer science at the University of California Santa Cruz told me, the conventional method has remained largely unchanged for years.

“Traditionally, game maps are made by taking a lot of screenshots and pasting them together,” Osborn said. “Even in early video game strategy guides or things like that, you’d have somebody with a capture card or a camera set up in front of a TV, and they would have to take pictures multiple times in the level and stitch it together by hand.”

In collaboration with his colleagues Adam Summerville and Michael Mateas, Osborn set out to find an alternative to that labor-intensive and error-prone process. Their answer comes in the form of a software system called Mappy that they describe in a paper available now on the scholarly preprint service arXiv.