SciComm graduates spanned the country to cover the solar eclipse 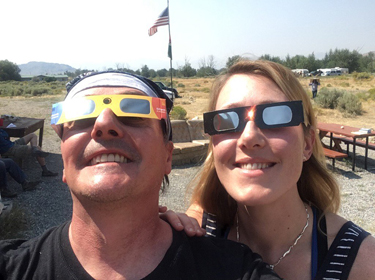 From NASA TV to KQED radio to the pages of The New York Times, graduates of the Science Communication Program played a major role in conveying the scientific and societal impacts of the August 21 solar eclipse to eager readers.

Their reports spanned every medium, from print and broadcast to slideshows and social media, and every time zone in the country. SciCom graduates worked as editors of national coverage, on-location hosts, and authors of explanatory and public-service pieces. The alumni also hailed from each of the program’s four decades, from its founding in 1981 to several members of the latest graduating class.

Here is a representative sampling of eclipse stories by nearly two dozen alumni—many of whom reveled in seeing totality for the first time themselves: