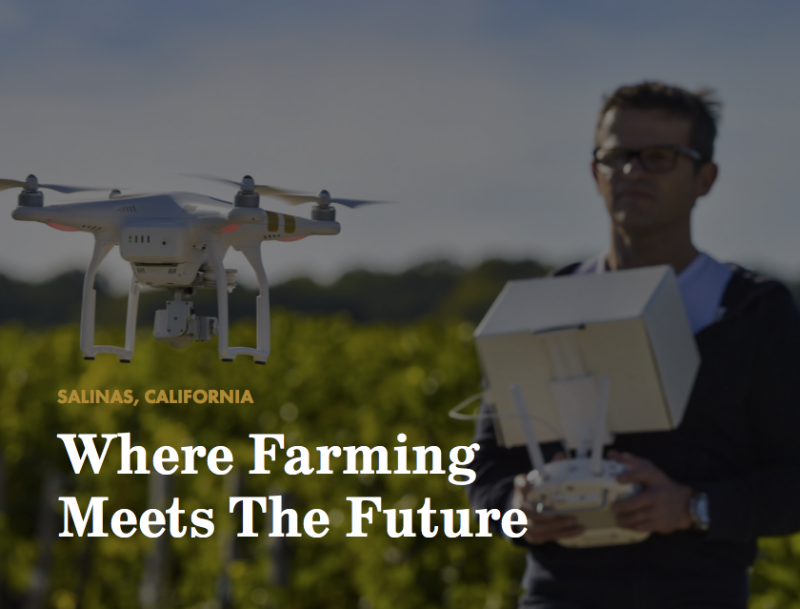 “Located just 60 miles south of Silicon Valley, Salinas is an ideal location for agtech startups to grow. Salinas entrepreneurs and major ag companies alike are developing cutting-edge technologies to address some of the world’s most critical challenges in sustainability, precision agriculture, renewable energy, and food safety.”

With significant momentum happening in Salinas’ agtech industry, today the City of Salinas introduced a new agtech microsite — agtechsalinasca.com — which aims to showcase the agtech opportunities that Salinas offers, and serve as an inspiration for those looking to start, expand, or grow in the industry.

Over the past five years, the City of Salinas has led a strategic initiative to build an agtech ecosystem — transforming the city into a hub for agtech entrepreneurship and innovation — and this microsite is part of the city’s latest efforts.

“The microsite is targeted towards showing the value of locating an agtech startup in Salinas,” said City of Salinas Economic Development Manager Andrew Myrick. “We want to be able to show startups the existing resources that will support their business as it grows, including finding the right local workforce, connecting with our existing companies, and learning about our region’s amenities and quality of life.”

The microsite provides information and connections on a number of initiatives operated by the City of Salinas and its partners in the region, including workforce training programs such as CSin3 operated by Hartnell College and CSUMB, skills training offered by Digital NEST, and entrepreneurial support offered by the THRIVE Accelerator and the Western Growers Center for Innovation and Technology. The site also includes other useful features such as contacts for some of Salinas’ major firms, event listings, and blogs.

Today, a total of 41 agtech companies are leasing space at the Western Growers Center for Innovation and Technology in downtown Salinas, 32 companies from across the globe have participated in the Salinas-based THRIVE Accelerator, and Salinas’ Coder Dojo program has taught more than 3,000 local students how to code. Forbes Media has also recognized Salinas as the “AgTech Capital of the World,” hosting two Forbes AgTech Summits in Salinas over the past two years, with a third summit planned for June 28-29, 2017.

About the City of Salinas
One of the leading producers of fresh produce in the nation, and located just a short drive from Silicon Valley, the Salinas region is home to some of the most pioneering agricultural firms in the world. As the global demand for food increases while resources become scarcer, Salinas is building for the future by creating an agtech ecosystem. It’s an investment in the infrastructure, workforce and networks that will help agtech startups thrive, and it’s making Salinas an agtech hub for the nation and the world.