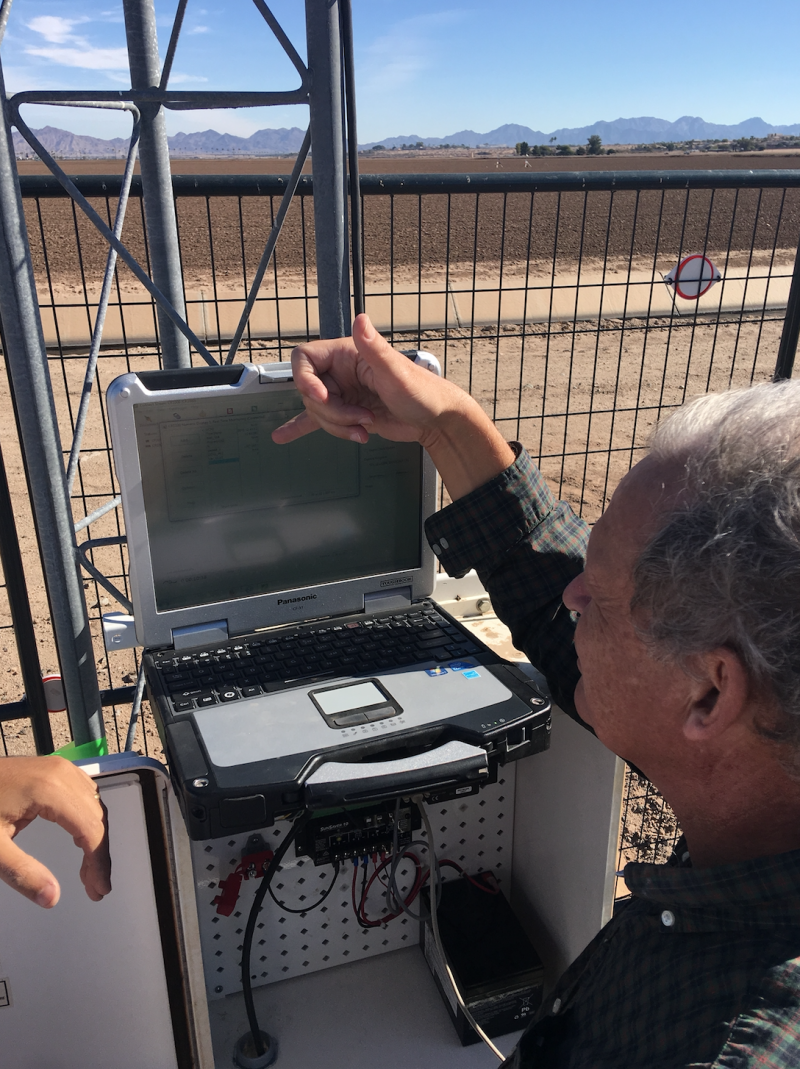 (Contributed by Yuma Center of Excellence for Desert Agriculture — YCEDA)

Agriculture’s gains are also reflected in efficiency terms. In the early 1980s, one U.S. farmer produced enough food and fiber to feed and clothe about 28 people. Today, thanks largely to technology, one farmer feeds and clothes 165 people – a nearly seven-fold increase.

Across the U.S., several hundred different crops are grown by farmers from coast to coast. Among the many crops grown in California and Arizona include vegetables. This industry taps technology to tackle vegetable-growing challenges.

One group advancing AgTech is the Yuma Center of Excellence for Desert Agriculture (YCEDA) – desertagsolutions.org – based at Yuma, Ariz.

The Center is an innovative public-private partnership between the University of Arizona (UofA) and agricultural stakeholders from California and Arizona. The organization brings together scientific research and industry to develop solutions to bring value to YCEDA stakeholders by addressing ‘on-the-ground” needs of desert farming.

“YCEDA is an excellent example of an effective and efficient public-private partnership that is helping solve real time problems in agriculture,” says John D’Arrigo, President, CEO, and Chairman of the Board of D’Arrigo Brothers Co. of California; a YCEDA stakeholder based at Salinas. He says, “YCEDA is a very worthwhile expenditure of my research dollars.”

Why is finding answers quickly so important? There’s a huge consumer demand for vegetables each year and it needs to be filled safely and sustainably. About 90 percent of the nation’s supply of leafy greens are grown in California (summer) and Arizona (winter).

YCEDA Executive Director Paul Brierley shares this quote from UofA Economist George Frisvold, “California’s Salinas Valley and the greater Yuma area in Arizona and Southern California are to agriculture what the Silicon Valley is to computers and what Napa is to wine.”

One large YCEDA research project aims to improve irrigation and soil salinity management in vegetables. Brierley says that’s important since too much salinity from water and salts already in the soil can lead to stunted plants and thus reduced yields, and other problems.

Researchers are tapping technology to determine the best amount of water to grow vegetables, plus how much water is needed to push soil salts away from the plant’s root zone.

“In addition to measuring plant evapotranspiration, we are gaining real time plant growth data from satellites,” Brierley says. “We will fly drones with special sensors to enhance data captured by satellite.”

Front and center on YCEDA’s radar screen is the safety of leafy greens for consumers. Food safety is the No. 1 priority for leafy green vegetable farmers who work tirelessly daily to keep food safety threats, including the pathogen E. coli, out of farm fields.

For more information, contact YCEDA’s Paul Brierley at PaulBrierley@email.arizona.edu or (928) 782-5873.