Q&A: Baskin Engineering expands further into buildings on the Westside of Santa Cruz 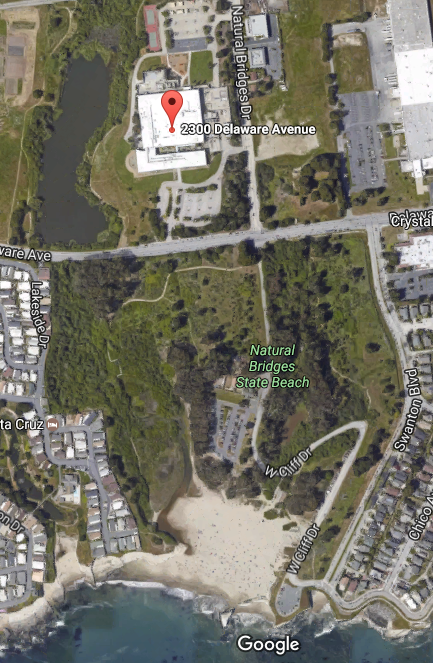 [Editor’s note: If you’ve been following along, you know that Alexander Wolf started as the new dean of Baskin School of Engineering (BSOE) last July 1, 2016. Dean Wolf’s appointment was (coincidentally) announced exactly one year ago (January 12, 2016). Santa Cruz Tech Beat followed up with a message from the then-new dean (July 1, 2016) and a Q&A article (August 24, 2016).]

“Designs are currently underway for two new BSOE labs at the 2300 Delaware location: a Robotics/Motion Capture Laboratory (which includes our latest emphasis on IoT and autonomous vehicles) and a Smart Power Laboratory. The designs are looking really good, and although we don’t have a specific occupy-by date, we’re targeting some time in 2018.” — Dean Alexander Wolf.

As the UCSC campus overflows, Baskin Engineer has been expanding into the Westside of Santa Cruz. I had the opportunity to get the scoop from Dean Alexander Wolf. As well, he provides a bit of history about BSOE buildings over the years. If you’re not already familiar with all of the engineering activity that we have just up (and now down) the hill, this is worth taking in.

SCTB: (When I graduated from UCSC with my degree in Computer Science years before BSOE was in the picture, all of my classes were in Applied Sciences aka “App Sci.” There was a single bus stop for engineering students: “Science Hill.”) From a building/resource perspective, is the Genomics Institute a part of BSOE? Is the Genomics Institute still in E2 or have they spilled over from E2 as they’ve grown?

AW: Several of BSOE’s genomics faculty, researchers and administrators are currently located in the Engineering 2 building. But many others, particularly those requiring wet lab space, are located in other buildings across campus. As the work and staff have grown, we are finding it increasingly difficult to find appropriate and sufficient space. Of course, that’s true of BSOE as a whole and we’re looking at creative solutions to this problem. Bottom line is that we need to grow (and rapidly) to meet the demand.

SCTB: How much has BSOE grown in recent years to the point of needing new labs/offices/buildings?

AW: Growth has been particularly pronounced in recent years, with record increases in both undergraduate and graduate student populations. As for faculty, we brought on 11 new faculty members in the current academic year, and we’re expecting healthy growth in faculty numbers again next year. Planning efforts are underway in the Baskin School of Engineering (as in all divisions on campus) for 2017-18 faculty requests, and although I can’t predict how many additional faculty BSOE will get, I can tell you that I’m excited about the mix of faculty research areas we’re starting to discuss.

So while this is all very exciting, of course we need to find new labs, offices and classrooms to accommodate all of these new students and faculty (and the staff who support them).

SCTB: Perhaps a dumb question but I don’t spend much time on campus: has BSOE already outgrown the first two engineering buildings, JBEB and E2?

AW: As you know, space — or rather, lack thereof — is an ongoing challenge not only for BSOE, but for many divisions on the UC Santa Cruz campus. The challenge is not new. We’re constantly looking for ways to improve our existing spaces to keep them modern and conducive to doing excellent research and education.

To be perfectly frank, BSOE “outgrew” JBEB and E2 some time ago. We share both these buildings with other divisions. We actually have faculty and/or students in nine distinct UCSC locations: seven buildings on the main UCSC campus (JBEB, E2, Physical Sciences Building, the Biomedical Sciences Building, Earth & Marine Sciences, Sinsheimer Labs and Oakes College), the Silicon Valley Campus in Santa Clara, and the site at 2300 Delaware at the base of the main campus.

SCTB: UCSC purchased 2300 Delaware, formerly owned by TI, in 2004. What part of UCSC has already located at 2300? What are the plans for specific groups/people of BSOE to relocate there? 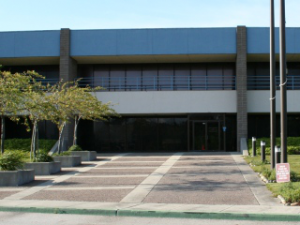 AW: UC Santa Cruz has occupied Building A/B at 2300 Delaware for various university business operations since 2004. Over the years, the university has invested in retrofitting and upgrading portions of Building C, where the former semiconductor fabrication labs were housed. In 2009, BSOE built two labs for materials research inside Building C. These folks are working on metal-organic materials and in low-temperature materials research.

Designs are currently underway for two new BSOE labs at the 2300 Delaware location: a Robotics/Motion Capture Laboratory (which includes our latest emphasis on IoT and autonomous vehicles) and a Smart Power Laboratory. The designs are looking really good, and although we don’t have a specific occupy-by date, we’re targeting some time in 2018.

We’re also working on creating a maker space and shop area to support the faculty and student researchers at the complex. Lots of details still to work through on this, so stay tuned!

SCTB: That sounds exciting. What are the pros and cons of moving off campus vs staying on campus? Why are some disciplines moving and others are not?

AW: We’re starting to look at treating these various locations as separate campuses with their own set of necessary facilities. But I think your question is about the pros and cons of being located at a site other than the main campus on the hill. And that’s a fair question. We’re most interested in locating research programs that make the most programmatic sense and that are – or will soon be – constricted or restricted in existing facilities. Our goal is to make sure that the “pros” of being at Delaware (or the Silicon Valley Campus or any other campus site) outweigh any “cons.” There are many benefits of having adequate space to conduct research and education. So I guess in a nutshell, decisions about which programs are located off the main campus are really being driven by the program’s needs. 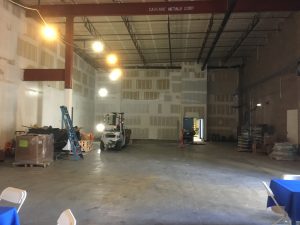 For example, Building C at 2300 Delaware has enormous potential for experimental research requiring highly specialized facilities: Materials Research, Robotics and Smart Power are the ones we’ve started with.

AW: The Baskin School of Engineering is growing in response to both society’s increasing need for technical solutions to some of its thorniest challenges and student interest in engineering as a career. The number of opportunities for engineers in our local community, over the hill in Silicon Valley and around the world continues to show a strong upward trend that is the new reality of our economy and workforce. UC Santa Cruz has an obligation to respond and a fantastic opportunity to excel.

There is no real point in arguing the pros and cons of growing on “Science and Engineering Hill” on the main campus versus growing on other campus sites such as Delaware or Silicon Valley. There simply are no options on the main campus in the foreseeable future for the kind of expansion we require within the time frame we need.

Other UCSC programs are also moving to nearby locations. The UCSC Coastal Science Campus – which is adjacent to 2300 Delaware and is home to Long Marine Laboratory, Seymour Marine Discovery Center and the nearly completed Coastal Biology Building – is one example. Community (that is, donors), state, and federal support made this important expansion possible. A similar-scale effort – and commitment – is going to be required to meet the needs of BSOE and the opportunity for positive societal impact it represents. Sadly, we’re in a different time now than when the Coastal Science Campus was being planned, with the state and federal governments in a less-than favorable position to pitch in this time around.

In any case, expansion beyond the main campus is good for the university, good for the students, and good for the community. It helps preserve open spaces on the main campus, and allows us to expand in ways that are sensitive to our surroundings and the community. It also helps put the campus “into” the community, opening up possibilities for greater engagement, interaction, and collaboration. We’re committed not only to building new physical spaces, but also new partnering relationships, and I encourage folks to please get in touch with me so that we can begin that conversation in earnest!

SCTB: Thank you for your time, Dean Wolf.