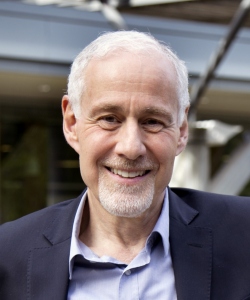 (Photo above: Alexander Wolf is the new dean of the Baskin School of Engineering at UC Santa Cruz. Contributed.)

[Editor’s note: Santa Cruz Tech Beat previously published this university’s announcement about the hiring of Alexander Wolf as dean of Baskin Engineering, and a video of Wolf’s incoming message.]

Alexander Wolf just started his new role as dean of Baskin Engineering on July 1. Although admittedly “swamped” right now, Wolf took a bit of time out of his schedule to answer some questions and share his thoughts on the immediate challenges of explosive growth in engineering enrollments, on collaborating with the rest of campus, and connecting with the Santa Cruz non-campus community.

SCTB: You were selected as the new dean of BSOE last January but just started in July. What were you doing before UCSC?

AW: I’ve spent the past nearly 12 years in Europe, first helping to form a new school of informatics at the University of Lugano in the Italian-speaking region of Switzerland and then serving as a professor of computing at Imperial College London, one of the top engineering, science and medical universities in Europe. Before that I spent 12 years as a professor at the University of Colorado at Boulder, and before that I was a member of the technical staff at AT&T Bell Laboratories during the “good-old days” of Bell Labs research in Murray Hill, New Jersey.

My other major activity, immediately before becoming Dean in July, was serving a two-year term as President of the Association for Computing Machinery (ACM).

SCTB: Why did you decide to make this move?

AW: Brexit was purely coincidental: I take neither credit nor blame for it! I was attracted to UCSC and BSOE for two main reasons: the location of the university (in Santa Cruz, a kindred-spirited place to Boulder, close by Silicon Valley) and the shape of BSOE (well-position for engaging with 21st-century engineering challenges). Let me expand on the latter a bit: We don’t have many of the traditional engineering disciplines represented explicitly as departments. Instead we have  what I think of as primarily a 21st-century engineering “stack” that is oriented toward the modern, computational underpinnings that will define the next generation of all engineering disciplines. This stack stretches all the way from electronics and materials up to genomes and bioengineering, with devices, computer systems, control theory, robotics, algorithms, statistics, and much more in between.

SCTB: What did you know about BSOE before you decided to throw your hat into the ring?

AW: Frankly, not much. But once I did some digging, I found out about a place that has some truly outstanding people and a rich history of accomplishments and impact. One of my goals is to help get the word out!

AW: My work has primarily focused on experimental computer science, meaning that I like to study the practical engineering aspects of computer systems. Through my career I’ve worked across the stack, from software engineering practices (software architecture and testing) to distributed systems (pub/sub communication) to networking (content-based networks) to computer systems (hybrid stream processing and non-commodity compute for cloud data centers).

SCTB: Aside from getting to know everyone, what are your most immediate plans/goals/desires for the coming year at BSOE?

AW: Not surprisingly, my main goal is to develop a strategic plan for what the school can and should look like in the next 5-10 years. It is something desperately needed, given the explosive growth in interest in engineering on campus and across the world. This is a conversation that will begin with the BSOE faculty, staff, and students, and then fully engage the campus and its leadership. My vision for BSOE is that it moves from a “vertical” to a “horizontal,” that is, from being more or less isolated from the rest of campus to touching upon, partnering with, and supporting many, if not all, other intellectual and educational activities on campus. This is not a view that I feel I need to impose, but rather a welcome response to a fresh new appreciation for engineering that I am sensing across campus. That appreciation has grown from several important existing collaborations with other divisions started well before my time at UCSC.

SCTB: What do you expect will be your greatest challenges in achieving those goals?

AW: Dealing with the explosive growth in engineering enrollments can have the unfortunate effect of forcing us to fight fires rather than think long-term and strategically. We are, frankly, understaffed and under resourced. Even if we could add faculty and staff quickly, we have little room to house people in a collaborative, nurturing, and productive environment. We’re boxed in and the same time as spread across eight different buildings. The campus is trying to respond, but needs to move somewhat slowly and cautiously so as not to unduly disrupt other programs on campus. But the problem stands and there are no easy solutions.

Another challenge will be balancing the energy, effort, and resources we put toward being a worthy partner across campus, versus sustaining and expanding the vital core of the engineering disciplines. Keeping that core fed and healthy is the only way for us, and the campus, to succeed in the long run.

SCTB: Historically (and in part due to geography), UCSC hasn’t been that integrated with the town of Santa Cruz. As dean, what would you like BSOE’s relationship with Santa Cruz to be? What would you most appreciate from the local non-campus community?

AW: I had the opportunity to attend, and even speak, at one of the recent Santa Cruz New Tech meetups. The energy in that room was just incredible! I found a strong desire on the part of several people there to engage with BSOE, whether to host student internships, hire graduates, or leverage the fruits of our research enterprise. Some are already doing those things. From the BSOE side, I know that we would be very interested in having guest speakers, project mentors, and even lecturers join us from the SC tech community. Beyond that, we could benefit greatly from the vast entrepreneurial expertise residing right here in our home town. We need to spend more time in each others villages; the key barrier seems to be awareness, and this is where Santa Cruz Tech Beat can play a very helpful role.