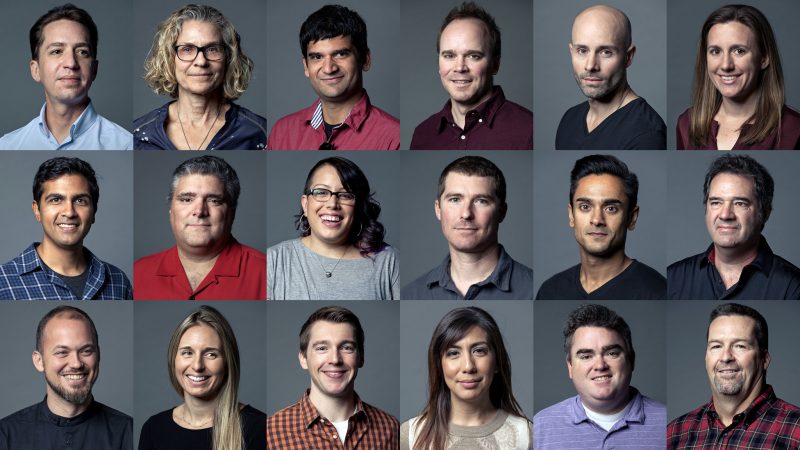 (Image above: Pearl employees. More than 50 of the company’s 80 or so employees worked for Apple at some point. Credit: Anthony Cruz)

At Apple, Brian Latimer was in charge of protecting some of the company’s deepest secrets.

After an engineer accidentally left a test version of the iPhone 4 at a bar in 2010, Mr. Latimer set up a system to track, recover and destroy prototypes of coming products. Later, he taught overseas suppliers how to shield production lines and compartmentalize information to avoid leaks.

Under Apple’s “need to know” philosophy, he did not even have access to much of the information he helped to secure. And like all Apple employees, he was discouraged from talking about his job with co-workers.

His current employer, Pearl Automation, could not be more different.

Founded in 2014 by three former senior managers from Apple’s iPod and iPhone groups, Pearl has tried to replicate what its leaders view as the best parts of Apple’s culture, like its fanatical dedication to quality and beautiful design. But the founders also consciously rejected some of the less appealing aspects of life at Apple, like its legendary secrecy and top-down management style.

The start-up, which makes high-tech accessories for cars, holds weekly meetings with its entire staff. Managers brief them on coming products, company finances, technical problems, even the presentations made to the board.

“It’s very liberating to know what’s going on,” said Mr. Latimer, who left Apple in May to join Pearl. “Everyone is contributing here, so everyone has a need to know.”

Best of all, Mr. Latimer is working with many of his old Apple colleagues.

Pearl, which is led by Bryson Gardner, has recruited heavily from Apple. More than 50 of Pearl’s 80 or so employees worked for the Cupertino, Calif., tech giant at some point.

Although Apple pays very well, many of the Apple recruits had gotten bored cranking out incremental improvements to the iPhone and the Mac, said Brian Sander, Pearl’s co-founder and chief operating officer. “They were vibrating. It was time for them to do something different,” he said.