Steve Blum: Trump’s FCC takes shape, and it looks like a power tool 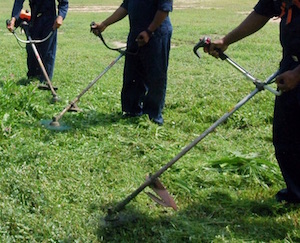 The Federal Communications Commission will begin the Trump administration with a 2-to-1 majority. Chairman Tom Wheeler finally made his plans public on Thursday, saying he would hand in his resignation as Donald Trump becomes the U.S. president on 20 January 2017. That would leave two republicans – Ajit Pai and Michael O’Rielly – and one democrat, Mignon Clyburn on the commission.

Wheeler’s departure was inevitable. He would have lost his chairman’s gig the minute Trump took office, and his strutting style and big man on campus persona could never be sufficiently deflated to fit within the humble job description of a working commissioner on the minority side.

Either O’Rielly or Pai will take over the chairman’s job, at least on an interim basis, while two new commissioners – one democrat, one republican – are nominated by Trump and confirmed by the U.S. senate. That process might take several months, although if the two nominations are paired then there will be less motivation for partisan games on capitol hill, so a quick decision is also possible.

In the meantime, there will be little standing in the way of republican plans to roll back regulations, such as the classification of broadband as a common carrier, that Wheeler pushed through on party line votes. With the door swinging the other way, his legacy won’t outlast his departure very long. Trump’s advisors, as well as the two current republican commissioners, have all gone on record as favoring a regulatory bonfire, with the net neutrality rules at the top of the list.

O’Rielly said earlier this month that a “priority worth attention is clearing away the existing regulatory underbrush that is choking businesses and diverting resources away from new and improved products, better service, and lower prices for consumers”. Not be outdone, Pai has a simple plan for clearing that brush, promising “to fire up the weed whacker and remove those rules that are holding back investment, innovation, and job creation”.