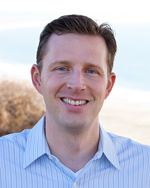 It looks like Santa Cruz County is on the White House’s invitation list for a community broadband summit planned for June. President Barack Obama pledged to support the Next Century Cities coalition – the county is a charter member – in a speech on Wednesday. He promised to meet with mayors and county supervisors from the coalition to talk about how to better develop broadband infrastructure and service at the local level.

“It’s an honor to have the White House recognize the work our County has done to increase high speed Internet access for our residents,” said Aptos supervisor Zach Friend. “But even more importantly, it’s a great testament to the president to put broadband expansion on par with other economic development and infrastructure discussions in our country. For too long, the need for broadband expansion has taken a back seat to other economic development policy goals and the president’s highlighting of the issue, and our work locally, is a great leap forward.”

Today, high-speed broadband is not a luxury, it’s a necessity. This isn’t just about making it easier to stream Netflix or scroll through your Facebook newsfeed,“ Obama told a crowd in Cedar Falls, Iowa. ”This is about helping local businesses grow and prosper and compete in a global economy. It’s about giving the entrepreneur, the small businessperson on Main Street a chance to compete with the folks out in Silicon Valley, or across the globe.”