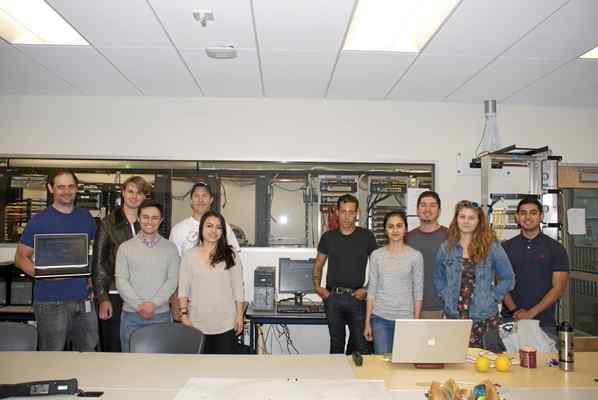 NASA’s first “Swarmathon,” which featured 23 universities and community colleges from across the country, put students to work coding small, robotic rovers that could hypothetically be sent to Mars and used to collect an array of resources, similar to a swarm of ants all working for a single cause.

“The Robotics Club did an amazing job with an inclusive and collaborative process,” said Cabrillo College Robotics Club instructor Michael Matera in a prepared release. “They took all comers, coders and non-coders alike, and they found ways to put everyone to work.”

By winning the virtual contest, the Cabrillo team qualified to compete in the physical competition next year.

The virtual competition is organized by NASA and the University of New Mexico. The idea is to engage students in figuring out ways to successfully program these little robots, which were provided by NASA, to cooperatively map and search an area and retrieve goods that could potentially support life on another planet, such as ice, water, rocks, minerals or construction materials.

“The idea is that, instead of sending big expensive robots to Mars, they will send lots of little, inexpensive rovers, and those rovers will do a bunch of work before astronauts get there,” said Matera before the competition began. “The logic of the swarm is that, just like ants, the swarm is what does the work — each individual is not necessarily precious. If an individual fails, or drives off a cliff, the rest of the swarm can still accomplish the task.”

Each of the 23 schools deployed three of their rovers on a course with 256 barcodes scattered throughout the terrain, and be rated on the number of “resources” they are able to bring back to the starting point within a given amount of time.