Bringing Lessons Learned in Santa Cruz to Communities Across the Nation 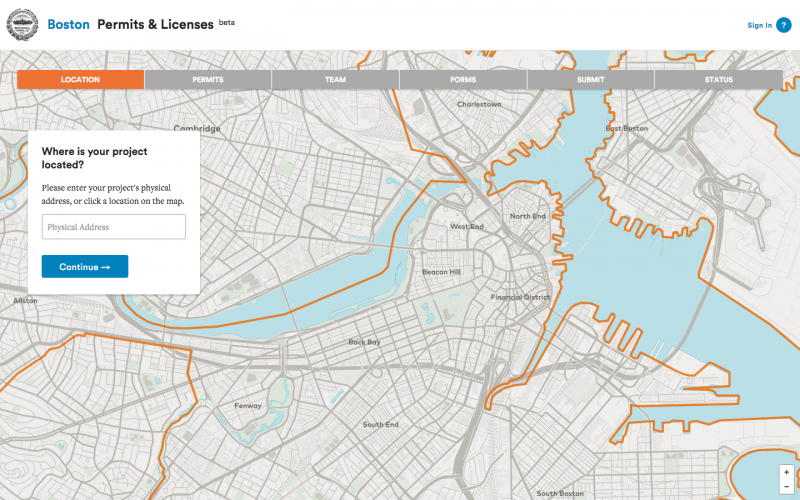 (Photo above: Map of Boston. The city is rolling out Boston Permits & Licenses (BLP) based on the OpenCounter platform.)

OpenCounter is making its way to new cities, says co-founder Peter Koht. The platform continues to grow and bring the lessons and tactics learned in Santa Cruz to communities across the nation.

Recently OpenCounter was profiled in GovTech news for its citizen-centric approach to licensing and permitting in Boston.

In addition to recent launches In Orlando and Indianapolis (whose Phase II was timed to mark Small Business Saturday), OpenCounter has announced an expansion of its site in Palo Alto to handle all of the Cities Use and Occupancy permits for new businesses, as well as new projects in Chattanooga, Tennessee; St Petersburg, Florida; Pleasanton, California; and Mesa, Arizona. OpenCounter will launch in Rancho Cordova and Petaluma in early January.

Boston’s Mayor Marty Walsh announced an overhaul that was long overdue. From the GovTech article:

What’s more, the tech will be available to other cities once it’s rolled into OpenCounter’s suite of cloud services.

“Permitting is the filter that all growth and change go through, so we have to get it right,” Walsh said. “What we’re revealing today will continue this progress and take it to another level.”

Joel Mahoney and Peter Koht, co-founders of the city business application startup OpenCounter, have labored for the past year to make it so. What’s daring is the ambition to furnish one of the first permitting and licensing platforms that responds naturally to human input — by targeting permits to project types and project roles.