[SCTB Editor’s note: SCTB continues on our trend to include Thought Leadership articles beyond news and event. Locally based, Maxine Bingham has developed a reputation as an IoT — Internet of Things — pundit.] 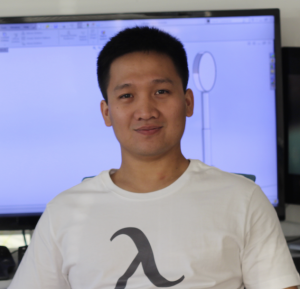 You’re asleep in bed, when Rosie the Robot slides over to you to wake you, turn on the lights and ask if you want your coffee started. She then reminds you of the day’s appointments, as well as the latest football scores. Thanks to Rosie, the coffee is made, the right lights are turned on and the temperature is adjusted to your liking by the time your feet hit the floor. She looks at you and asks if you’d like some jazzy music as you look tired. You tell her “yes.” While you’re away, she turns down the thermostat and adjusts the lights. At night, when you are exhausted, she reads a story to your child before bedtime.

This is not just a scenario out of the Jetsons’ cartoon series, it is a new implementation of the Internet of Things integrated with artificial intelligence, speech recognition, natural language processing, emotion, object detection and facial recognition and neural networks, to bring to our homes a Personal Assistant that can anticipate our needs and handle connected devices in one place. She (or he – you can choose your avatar) can even show you recipes as you cook and ensure the door is locked and oven turned off while you’re away automatically.

Robotbase announced at CES in January

Huynh designed this invention after analyzing problems he found with the Internet of Things. He saw two main problems. One, IoT solutions amass a great deal of data, but companies don’t know what to do with it in order to create better customer experiences, and, two, people today need separate apps for each connected device, which can quickly get out of hand.

The video on the company’s KickStarter page provides a number of scenarios, including taking photographs on the robot’s own initiative. One can see the great interest in this invention, as they have greatly exceeded their goal of $50,000. As of January 20, they’ve raised $119,825. The campaign will end on February 5, 2015 at 3:39am PST.

Robotbase did collaborate with Samsung on a software component that is the foundation of the robot software today, but won’t say if the company is an investor. A small team (under 15) of software engineers, hardware engineers, mechanical engineers, and product designers have created the Personal Assistant (to make it feel more personal, owners give her/him a name).

The Internet of Things, or the IoT, is a catchall term for devices that are connected over the Internet, designed to be smart and to use as little human intervention as possible. In the case of Robotbase, speech recognition is performed by an internet-connected server whereas the natural language processing is done locally. Other IoT examples include the Nest thermostat and the Fitbit fitness tracking “wearable.”

The IoT is considered the greatest revolution in technology since the Internet. The possibilities for positively affecting our lives are endless – from connected cars, including those that drive themselves and smart cities that reduce congestion and pollution, to eHealth applications that allow doctors to diagnose remotely and energy management systems that reduce energy consumption.

The IoT is here in Santa Cruz (where I and my online publication, IoT Perspectives, are based, including market research firm, Evans Data Corporation on Soquel Avenue, to Yardarm in Capitola that provides the Santa Cruz Sheriff’s Office with an IoT solution for smart guns designed to save civilian lives and protect officers.