Cosmic Hosts The After Hour Passions of Plantronics Design

An Evening of Grit, Whimsy, and Wonder

[SCTB Editor’s note: Since Cosmic opened their new design studio in downtown Santa Cruz last summer, they are fast becoming the hotspot for great mix and mingle events downtown. With tasty food and libations, and the design team from Plantronics in attendance, this will be a special evening.] 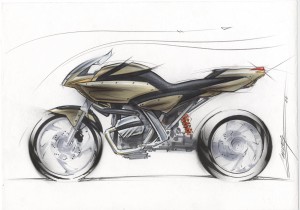 The Plantronics Design team, located right here in Santa Cruz, is a group of world-class talent that has authored products for numerous companies including BMW, Indian Motorcycle, Herman Miller, KitchenAid, Kohler and Burton Snowboards – to name just a few. An eclectic group of designers from around the world, many of them continue in their creative pursuits long into the dark hours, after their work at Plantronics is done.

On February 6th, as part of the First Friday Art Tour, Cosmic will showcase some of the work this group generates during what they refer to as their “Night Shift”. On display will be some of their behind-the-scenes work for Plantronics as well as the product of the personal passion projects that keep them creating well into the night.

Join us at the Cosmic studio at 115 Cooper Street (corner of Cooper & Front Streets) in downtown Santa Cruz, from 5-9pm to rub elbows with these artistic designers, see graphics, illustration, painting, fabrication and concept art from:

The evening promises to be full of Grit, whimsy and wonder. We’re featuring bite-sized servings from our friends at Mortal Dumpling and hand-crafted micro-brew beer by Santa Cruz Ale Works.

Please confirm via http://www.passionsofplantronicsdesign.eventbrite…. so that organizers can have enough food and drink on hand.