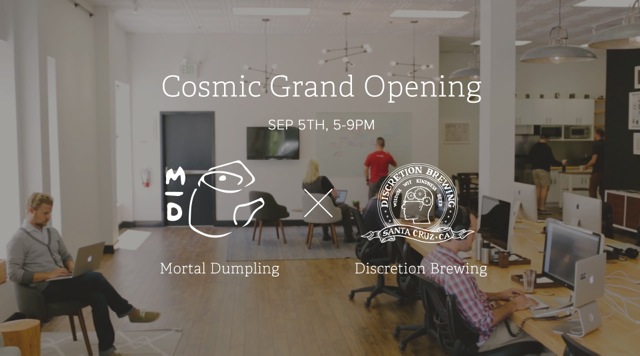 Local design agency Cosmic has opened their new studio at 115 Cooper Street in downtown Santa Cruz. Located in the 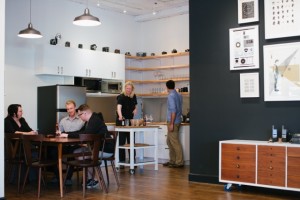 historic Leonard Building at the corner of Cooper and Front streets, the studio conveys a modern design aesthetic while honoring the building’s legacy. The building opened in 1894 as Leonard’s Saloon, with rooms to rent upstairs. Rebuilt to the exact specifications after the 1898 fire that destroyed most of downtown, it has since served as the Santa Cruz Courthouse, a speakeasy, and more recently housed the Santa Cruz Weekly newspaper, then known as Metro Santa Cruz.

“We returned downtown to get back to our NextSpace roots and to strengthen our connection to the growing Santa Cruz design and tech scene,” says Cosmic Founder, Eric Ressler.

Launched several years ago by Ressler as a solo entrepreneur at NextSpace, Cosmic initially expanded into the Artwork Space on the west side. The move back to downtown allows for further growth and provides a space for design-focused events.

“We’re stoked to have a space where we can host gatherings for the local design and tech community,“ says Ressler. “We’re excited to open our doors to colleagues, clients, neighbors, fellow NextSpacers, and the Santa Cruz community.”

The Grand Opening will feature savory eats by Mortal Dumpling paired with local beer on tap by Discretion Brewery. Carlos Vargas, brother of Cosmic designer Edgar Vargas, will be in the house, keeping the music bumping. Of course, the entire Cosmic crew will be on hand to meet, greet, and give micro-tours.