Doug Erickson, founder of the popular Santa Cruz New Tech Meetup, talks about what’s next for the Meetup, Hack UCSC, and more

Matthew: So Doug, when and why did you start the Santa Cruz New Tech Meetup? 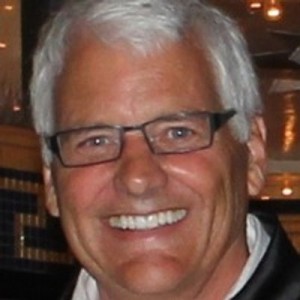 Doug:  I started SCNT MeetUp in January 2008. I had attended other New Tech MeetUps such as the Silicon Valley New Tech MeetUp and the San Francisco New Tech MeetUp. I was intrigued by the event format. I also had the realization that after 20 years of success as a tech executive in the Silicon Valley, accumulating thousands of contacts throughout the world, sadly I knew almost no one in my home town Santa Cruz. SCNT MeetUp was my way to meet the many skilled tech professionals in the Santa Cruz community.

Matthew: How have you seen it change over the years?

Doug: When I first started the event, good people, companies, and startup ideas were still being sucked over the hill. Significant change occurred in the past 2 years – around 2012. UCSC and the City of SC mended fences. Energetic new leadership took the helm at Santa Cruz Economic Development. Venture capital from the likes of Central Coast Angels primed the pipeline for SC startups. The economy improved. Incubators like NextSpace and Cruzio were thriving. Successful startups like Five3genomics, Acorn, X2engine, Archetype, Tomfoolery, FullPower, and PredPol spiced up the news. Local media like the Santa Cruz Sentinel and Santa Cruz Tech Beat took notice. And the combined momentum drove up membership and attendance for the monthly event.

Matthew: What have been some of the highlights over the last 7 years?

Doug:  Tough question! It seems at every monthly event, members remark it was the best event ever. So every month seems to erupt with new highlights. My personal favorites were when: 1) Phil Libin bashfully explained his new startup which he had named Evernote, 2) JoeBen Bevrit stunned us with his brilliant Joby Energy project, which was later acquired by GoogleX, 3) Guy Kawasaki’s wizardry presenting his book “Enchantment,” 4) a sports-themed month when companies like Santa Cruz Bicycles, Strava, Bell, presented their sports technologies. And most recently, my socks were blown off by local startups like Tuul, Acorn, Joby Aviation, and Citybloom — all of whom are a new swell of ingenuity and opportunity that will provide the community with Mavericks-sized waves of opportunities. I also enjoy the long tail highlights, such as when presenting companies get funded or acquired, community members find or offer jobs, and local companies win business ranging from legal contracts to home purchases.

Matthew: I am always amazed that you get almost 300 people to come each month with a waiting list to get in, what do you attribute the success of the SCNTM to?

Doug: I think it is the combination of all those things I mentioned. The entrepreneurial ecosystem is coming together in Santa Cruz, including local government, educational institutions, infrastructure, networks from MeetUps and incubators, investment, a healthy economy, etc. But we have so much more to do. And yes it takes a community.

Matthew: What is next for the Santa Cruz New Tech Meetup?

Doug:  On December 3, we will celebrate the year with a noisy party, food, beverage, live music, and with a humorous “Letterman-style” top 10 tech accomplishments in Santa Cruz. Joining us is Nir Eyal, a leading expert on social technologies, and author of the book “Hooked.”  In January, we expanded Hack UCSC to include the entire Santa Cruz and Monterey Bay region, with over $60k in prizes. Later in 2015, we will add back the popular Pitch Sessions, where startups can pitch their companies to a panel of VCs, and win mentors and financial backers. All for love of community and all things techie.

===
For tickets to the big end of the year celebration with Nir Eyal at The Del Mar presented by The Santa Cruz New Tech Meetup and Event Santa Cruz go to the meetup event page. For tickets and more info on HACK UCSC 2015 can be found at : http://www.hackucsc.com